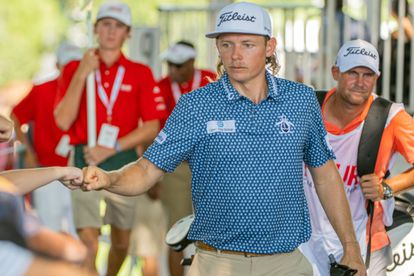 The Saudi-backed LIV Golf tour announced its 2023 schedule, including a return to 5 venues that hosted tournaments in 2022. Photo: John Adams/Icon SMI via ZUMA Press

The Saudi-backed LIV Golf tour announced its 2023 schedule, including a return to 5 venues that hosted tournaments in 2022. Photo: John Adams/Icon SMI via ZUMA Press

The rebel LIV Golf series has yet to confirm a full schedule for 2023, but said on Sunday that one of its 14 events will be in Australia.

The Saudi-backed circuit, which has sparked turmoil in the sport as it lures top players from the established tours with massive purses, said in a statement that the Grange Golf Club in Adelaide will host a LIV event April 21-23 of next year.

“Passion for sport is at the core of Australian culture, and LIV Golf is proud to bring its global league to a country deserving of the world’s top competition,” LIV chief executive Greg Norman said in a statement.

Australia’s Norman, a two-time major winner, won his first title as a professional at the Grange in 1976.

Reigning British Open champion Cameron Smith of Australia was one of the big names recruited to live in their inaugural season.

LIV said the series had a “multi-year commitment” to host events in Australia.

The circuit features 54-hole no-cut tournaments with fields of 48 stroke play competitors, who can also earn prize money as part of teams.