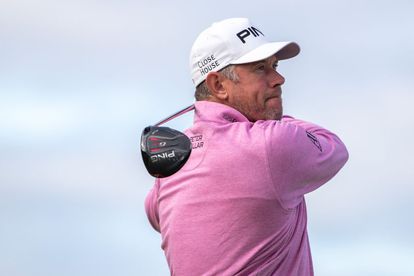 Lee Westwood said on Wednesday he had asked to be released from the US and European golf tours so he can compete in the first event of a lucrative Saudi-backed series next month.

The 49-year-old British former world number one said that he had asked both Tours for permission to contest the $25 million LIV Golf Invitational at Centurion Club near London, from 9-11 June.

The money-spinning series will feature eight tournaments across three continents, with players competing as individuals and in teams.

“I’ve asked for releases for tournaments for as long as I’ve been on Tour,” Lee Westwood said ahead of the British Masters which starts at the Belfry on Thursday.

“Not heard anything back yet. Ball is in the European Tour’s (DP World Tour’s) court and the PGA Tour’s court for that matter.”

“I do this for money. It’s not the only reason for doing it. But if anybody comes along and gives any of us a chance at a pay rise, then you have to seriously consider it, don’t you?”

Six-time major winner Phil Mickelson has asked for release from the PGA Tour so he can take part in the LIV Golf event and reigning British Masters champion Richard Bland has confirmed he has taken a similar step.

“It’s being portrayed as an ‘us and them’ (situation), whereas the people from LIV Golf have said that they want to stand side by side,” said Westwood.

“They are not going up against any of the really massive tournaments.

“They want everybody to be able to play, have options. They are not forcing anybody’s hand, so I believe.

“People always have a problem with change, don’t they? They are sceptical about it and people like continuity, whereas change in competition is good in any walk of life I think.”

But asked if the source of the money – Saudi Arabia’s Public Investment Fund – was an issue for him, Westwood said sport and politics should not mix.

He pointed out that he had played in Saudi Arabia in European Tour-sanctioned tournaments.

“I’m of a belief that sport and politics shouldn’t mix, as we have seen it doing in Wimbledon with the Russian players not being allowed to play there,” he said.

“I happen to disagree with what they have done there, as a lot of people do.”

The money-spinning LIV series will offer purses of $25 million per tournament – making every leg more lucrative than the richest event on the PGA Tour, with about double the prize money up for grabs at each of golf’s four majors.