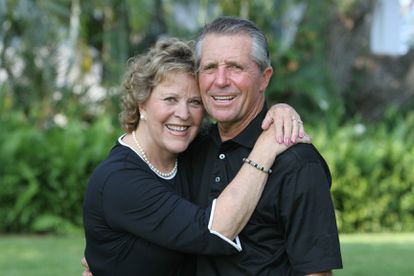 The Gary and Vivienne Player Invitational has been postponed as a result of the recent travel restrictions placed upon SA. Photo: Gary Player Facebook

The Gary and Vivienne Player Invitational has been postponed as a result of the recent travel restrictions placed upon SA. Photo: Gary Player Facebook

South African golfing icon Gary Player has paid a touching tribute to his wife of 64 years, Vivienne, who tragically lost her life after a lengthy battle against pancreatic cancer.

Player, who won nine Majors on both the PGA Tour and Champions Tour, will turn 86 on 1 November.

Gary Player took to social media on Wednesday and posted the following:

The unthinkable has happened. My wife of 64 years, my childhood sweetheart, my rock, and my soulmate Vivienne has lost her battle with pancreatic cancer.

I cannot describe the deep sense of sadness I feel at having lost the one person who has always meant the world to me.

Vivienne has been a constant in my life from the moment I first set eyes on her when I was 14.

She fully supported my career and raised our six children almost single-handedly while I was touring the world playing golf. She was a devoted wife, a loving mother, grandmother, great grandmother, and a wonderful human being who cared so deeply for others and lived her life in service to others.

Vivienne taught me the value of love, faith and trust. She taught our children those same values, and they were blessed to have a mother who lived those values every single day.

When we first met, I had no doubt it was love at first sight and it turned out to be a love story of a lifetime. I believe it will also be so when we are finally together again.

Until then, I will miss my Viv dearly.

#SAMA28 Artist of the Year: 5 things to know about Haksul Muziq

Warning bells! Paul Williams is BACK for Springboks v Wallabies in Sydney!