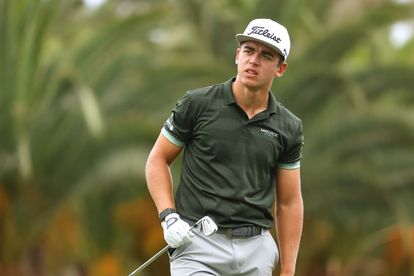 Garrick Higgo has continued his remarkable run of form to take a two-shot lead into the final round of the 2021 Canary Islands Championship. Photo: www.europeantour.com

Garrick Higgo has continued his remarkable run of form to take a two-shot lead into the final round of the 2021 Canary Islands Championship. Photo: www.europeantour.com

Garrick Higgo comes to Kiawah Island after victories in Spain at last month’s Gran Canaria Open and the Canary Islands Championship two weeks ago, jumping to 51st in the world rankings.

“It was awesome to just keep my foot down. It something that you need to learn, how to do that,” Higgo said.

Higgo will be tested by the longest layout in major golf history at 7 876 yards and an Ocean Course where winds hammer the holes along the shoreline, but he grew up playing in similar conditions in Cape Town.

“The wind blows every day so I’m used to that,” Garrick Higgo said.

“I love a good test and I love when it’s challenging.

“I don’t know what to expect. My game is in good shape. I think I’m just going to learn a lot.

“If my game is as good as it has been, I think I could do pretty well, but there’s no expectations.”

“He always sent me letters when I was young, just encouraging me to keep going. Through all my wins, he has been there and has been a tremendous mentor to have.”

“I learned a lot from those events and that’s how I grew so quickly and got confident enough to win again this year,” Higgo said.

“Charl gave me a lot of good tips, how to play shots around the greens here,” Higgo said.

“I just love learning from those guys.”

“It would be awesome to play for Trevor,” Higgo said.

“That would be amazing.”

For now, Higgo is happy at whatever opportunities come his way, maybe one day on the PGA Tour.

“I’m just looking forward to playing each week,” he said.

“I’m focused on Europe, but if my game keeps going the way it is, we’ll see where I get to play.”