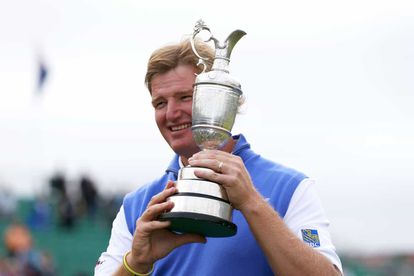 A new golf era has dawned in the Land of the Rising Sun thanks to Hideki Matsuyama’s victory on Sunday at the Masters, the first major triumph by a Japanese man.

“Congratulations on such a huge accomplishment for you and your country. This historical @TheMasters win will impact the entire golf world.”

Matsuyama hopes his success will inspire legions of Japanese golfers to follow his example and launch careers in the sport, much the way “Tigermania” sparked greater interest after Woods won the 1997 Masters.

“I hope it will affect golf in a good way, not only those who are golfers already but the youngsters who are inclined to play golf,” Matsuyama said through a translator.

“I hope they will see this victory and think it’s cool and try and follow in my footsteps.

“Maybe a lot of younger golfers thought, ‘That’s an impossibility,’ but with me doing it they will realize it is possible and if they set their minds to it they can do it.”

Australia’s Adam Scott, the 2013 Masters champion and the only man from his homeland to win the Masters, says the new champion can expect his own “Matsu-mania” in Japan.

“He’s a bit like a Tiger Woods to the rest of the world, Hideki in Japan,” Scott said.

“He has got such a big following every week, no matter how he plays anyway.

“I think he’d become the superstar of Japan if he isn’t already. I don’t think he really feels the weight of expectation like we all kind of can see what it would mean for Japan and golf over there.”

“It’s a fanatical nation for golf. Golf is on the national news,” Faldo said.

“The weight he’s carrying… the intensity is 10 times more than a regular tournament.”

“I think it’s time for someone that side (of the world) winning a major and it’ll be great for Hideki and for his country,” Oosthuizen said.

“The Japanese people are great people, and they love their golf. I think it’ll be a great thing for his country.”

South Africa’s Ernie Els, a two-time US Open and two-time British Open champion, told Golf Channel his win would be “a cherry on the cake for the whole nation – really unbelievable. It would be incredible. Golf in Japan is such a huge sport.”

READ | WHAT GARY PLAYER ATE AT THE MASTERS CHAMPIONS DINNER

Mexico’s Abraham Ancer made the Tiger comparison when he saw how Matsuyama was treated in Japan.

“When I was there for the Zozo, the people watching him and Tiger. It was like a major,” Ancer said.

“So for him to get this W, it’s huge for Japan.

“I had no idea how big the following was of golf down there, and it was amazing. It will mean the world I’m sure for all the Japanese people for him to win.”