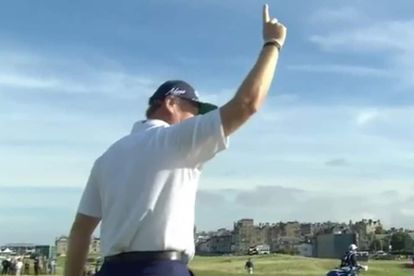 The LIV Golf series has been making headlines in recent times, often for all the wrong reasons, with the Saudi-funded series featuring tournaments with three rounds of 18 holes, totalling 54 holes instead of the traditional 72.

Funded by huge investment, and with plenty of money on offer for golfers who are willing to commit to the LIV Series, it has led to widespread controversy in golf circles.

Both previous LIV Golf series events have been won by South Africans, with Charl Schwartzel triumphing in event one at the Centurion Club in London and Branden Grace at the second stop at Pumpkin Ridge in Portland.

The Saudi-backed LIV Golf series on Wednesday has also just confirmed 45 of the 48 players set to tee off at Trump National Golf Club Bedminster between 29-31 July.

The vast majority of the field for the third LIV Golf Invitational Series event has been confirmed – and it contains six South Africans. Once again there will be three rounds played, no cut and $4 million for the individual winner.

In an interview with Golf Digest, Ernie Els – who is a four-time major champion hit out at the concept of the LIV Series.

“Just because you are playing for $20 million a week doesn’t change anything. It’s still 54 holes. There’s no basis to it, there’s no substance to it. You can’t have a 48-man tour playing no-cut golf and expect the world to take you seriously. It’s not going to happen.…

“The rest of the world is playing 72-hole stroke-play events. You have a cut after 36 holes and that’s how you get your ranking and make your money. LIV Golf doesn’t do that, so why would you be under the same brush with the rest of the world. It doesn’t make any sense. It’s a different format of golf. It’s what we do on the Champions Tour at the age of 50 and they don’t give us world ranking points.”

Both Schwartzel and Grace are in the field for next week’s event and will be joined by compatriots Hennie du Plessis, Louis Oosthuizen, Justin Harding and Shaun Norris.

Are you a fan of the new LIV Golf Invitational Series? Click on the comments tab below to let us know!