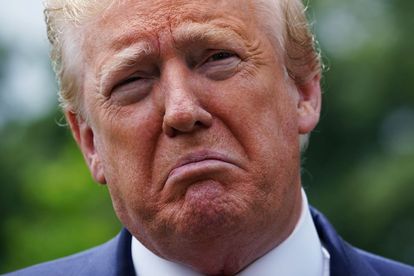 Former United States President Donald Trump said on Thursday that the PGA Tour “blew a great opportunity” by not making a deal with the Saudi-backed LIV Golf.

Trump is hosting LIV’s season-ending team championship at his Trump National course near Miami, starting on Friday, and praised the breakaway circuit and their Saudi backers.

“I think the Tour really blew a great opportunity and now they are in a much more difficult position,” Trump told reporters after playing 18 holes in the Pro Am competition.

“The enthusiasm, you hear the music, you hear a lot of things, it’s different and so we are having a good time,” he said.

Asked whether he thought LIV represented the future of golf though Trump was more cautious but placed the blame for the split firmly on the established PGA Tour’s leadership.

LIV, which is bankrolled by Saudi Arabia’s $620 billion public investment fund, has invested unprecedented millions in the sport with this week’s event at Doral boasting a record purse of $50 million.

Critics of LIV Golf say the venture is an example of “sportswashing”, designed to deflect attention away from Saudi Arabia’s human rights record.

There are now a number of legal battles underway with no sign of a compromise between the two organisations. World number one Rory McIlroy said this week that he feared the split may become “irreparable”.

Donald Trump said he expected more stars to follow the example of Phil Mickelson, Sergio Garcia and Dustin Johnson and leave the PGA Tour for LIV.

“The star system is always very important in sport, in sport or anything else, if you don’t have the star system you are not going to be successful,” he added.

Trump also said the organisers of the British Open want to return the competition to Turnberry in Scotland, one of the courses he owns.

“They want to come back…I think this will all have to get sorted out first (though),” he said.