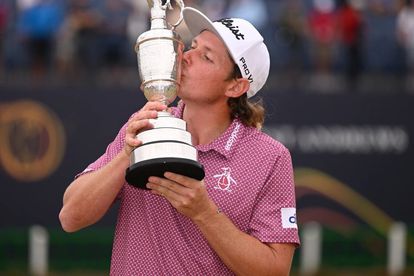 Best quotes from a year in sport that included a World Cup, iconic retirements, emerging stars and controversies and disputes. Photo: Twitter @SharkGregNorman

Best quotes from a year in sport that included a World Cup, iconic retirements, emerging stars and controversies and disputes. Photo: Twitter @SharkGregNorman

British Open winner Cameron Smith of Australia stayed silent on Tuesday on reports he will jump from the PGA Tour to the Saudi-backed LIV Golf Invitational Series.

World number two Smith spoke on other topics in Memphis at the St. Jude Championship, the opening FedEx Cup playoff event that tees off Thursday at TPC Southwind.

But asked about reports that fellow Aussie Cameron Percy had said both Smith and Australian Marc Leishman were making the move, Smith kept his focus on the playoff chase.

“My goal here is to win the FedExCup playoffs. That’s all I’m here for,” Smith said.

“If there’s something I need to say regarding the PGA Tour or LIV, it will come from Cameron Smith, not Cameron Percy.

“I’m a man of my word and whenever you guys need to know anything, it’ll be said by me.”

Another report that Cameron Smith had already signed his deal with LIV drew more talk about something else.

“Like I said, I’m here to play the FedEx Cup playoffs. That has been my focus the last week and a half, that’s what I’m here to do.”

Smith said he intends to play in next month’s Presidents Cup, when a group of non-European Internationals will face the United States at Quail Hollow in a PGA Tour-organised event.

“Absolutely, yeah. That’s something that we’ve been looking forward to for the last three years,” Smith said.

“We missed a year because of Covid and that’s something that I look forward to being a part of.”

That event comes after LIV Golf events in Boston and Chicago next month, events Smith couldn’t play without being banned by the PGA and unable to compete in the team event.

“I’m here to win the FedEx Cup playoffs,” Cameron Smith repeated when asked if playing for the Internationals meant he wasn’t playing those LIV events.