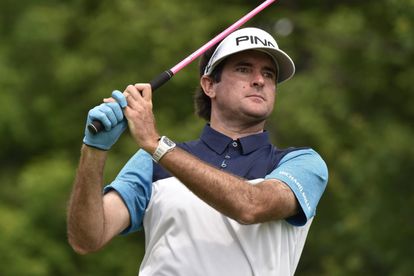 American Bubba Watson has become the latest high-profile player to sign up for the LIV Golf Invitational Series. Photo: AFP

American Bubba Watson has become the latest high-profile player to sign up for the LIV Golf Invitational Series. Photo: AFP

Bubba Watson has become the latest high-profile player to sign up for the LIV Golf Invitational Series.

According to Sky Sports, the two-time Masters champion’s move to the Saudi-backed series was confirmed ahead of the start of the third LIV series event at Trump National Golf Club Bedminster in New Jersey on Friday.

Watson, who has long been linked with joining the breakaway tour, has reportedly agreed on a $50 million signing fee.

“Bubba Watson is a tremendous addition to LIV Golf – another major champion joining the growing list of stars on our teams. His game combines the power, innovation, and excitement that the LIV Golf brand represents,” said LIV Golf CEO and Commissioner Greg Norman.

“He’s a risk-taker who has cemented his name among the world’s very best and we’re eager for him to come aboard to bring new energy and audiences to this league.”

Bubba Watson will serve as an off-course captain during this week’s event as he continues his recovery from a torn meniscus suffered last May.

Watson has represented the United States at four Ryder Cups and won on 14 occasions since turning professional.

His decision to quit the PGA Tour leaves LIV with 12 major champions combining for 23 majors in total, including seven of the last 13 Masters.

Uganda’s education in jeopardy as the country tackles Ebola