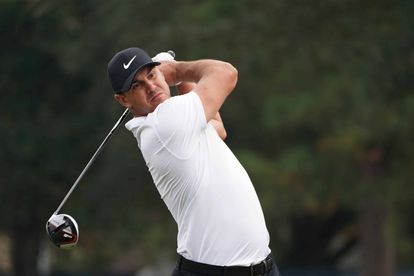 Those hoping for for an early US Open pairing of social media feuding golfers Bryson DeChambeau and Brooks Koepka were disappointed by Tuesday’s pairings announcement by the US Golf Association.

Defending champion DeChambeau was given a conventional grouping with Japan’s Hideki Matsuyama, this year’s Masters winner, and 2020 US Amateur winner Tyler Strafaci that will tee off from the first tee Thursday at 13:14 (22:14 SA time) and the 10th tee on Friday at 07:29.

Koepka, a four-time major winner and two-time US Open champion, begins at 07:29 on Thursday off the 10th tee and 13:14 on Friday off the first tee alongside fellow Americans Justin Thomas, the world number two, and Collin Morikawa, last year’s PGA Championship winner.

Scenes of Koepka showing his unhappiness with DeChambeau’s loud talking nearby at last month’s PGA Championship touched off a social media spat between the two major champions over the past few weeks.

Mickelson’s trio goes off two groups after the Koepka, Thomas and Morikawa at 07:51 on Thursday from the 10th tee and 13:36 on Friday from the first tee.

With a victory, record six-time US Open runner-up Mickelson would complete a career Grand Slam and capture his seventh major title.

The US left-hander turns 51 on Wednesday and is the oldest player in the field of 156.

The past three European winners of the British Open – Ireland’s Shane Lowry, Sweden’s Henrik Stenson and Italy’s Francesco Molinari – tee off from the first tee at 07:29 on Thursday followed at 07:40 by another all-European line-up – Norway’s Viktor Hovland and Englishmen Matt Fitzpatrick and Tyrrell Hatton.

Trailing them at 07:51 is a trio of past US Open winners – Germany’s Martin Kaymer and Americans Gary Woodland and Webb Simpson.

The trio after DeChambeau’s group, starting on Thursday at 13:25 off the first tee, will include past Masters champions Adam Scott of Australia, Sergio Garcia of Spain and Bubba Watson of the United States.

READ | TIGER WOODS SAYS NO TO US OPEN COMMENTARY ROLE

The trio after that group at 13:36 on includes England’s Justin Rose, Northern Ireland’s Rory McIlroy and world number one Dustin Johnson of the United States – all past US Open winners.

Going off the 10th tee at 13:36 on Thursday will be third-ranked Jon Rahm of Spain alongside Australian Marc Leishman and past Masters winner Patrick Reed.