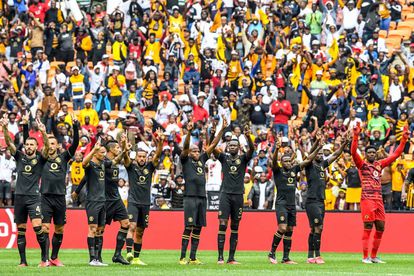 The news comes despite the lack of clarity regarding when both the CAF Champions League and Confederations Cup will kick off due to the ongoing Covid-19 restrictions – and the fact that last season’s tournament is yet to de decided.

DRAWS EXPECTED IN THE COMING WEEKS

Mamelodi Sundowns and Kaizer Chiefs will compete in the Champions League while Bloemfontein Celtic and Orlando Pirates have entered the Confederation Cup, the Confederation of African Football (CAF) has confirmed.

The draws for both tournaments are expected to be released by CAF in the coming weeks.

Mamelodi Sundowns, the reigning PSL champions, will compete in the Champions League for a seventh successive season.

However, for Kaizer Chiefs, who were pipped to the league title by their bitter rivals on the final day of last season, it is a return to the tournament for the first time since 2016.

Bloemfontein Celtic are making their debut in African club competition after finishing as runners-up in the Nedbank Cup last season.

They will be joined by Orlando Pirates, who have previously finished as Confederation Cup runners-up.

Meanwhile, CAF has also confirmed the date for the second-leg Champions League semi-final of the current tournament between Zamalek and Raja Casablanca FC, as well the final.

Zamalek will host Raja at the Cairo International Stadium on Wednesday, November 4.

Zamalek came out on top 1-0 in the first-leg and will be looking to qualify for what could be a historic final against their Egyptian arch-rivals, Al Ahly.

The final will be held on Friday, November 27 at the Egyptian Army Stadium in Borg-El-Arab, Alexandria.