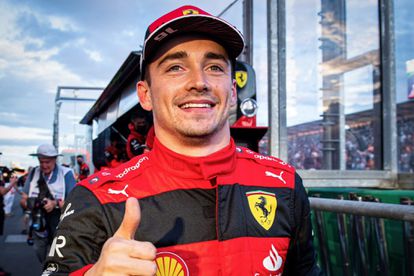 The Australian GP will continue to be held in Melbourne until 2035 after race organisers announced a new 10-year agreement with Formula One. Photo: Twitter @F1

The Australian GP will continue to be held in Melbourne until 2035 after race organisers announced a new 10-year agreement with Formula One. Photo: Twitter @F1

The Australian Grand Prix will continue to be held in Melbourne until 2035 after race organisers announced a new 10-year agreement with Formula One on Thursday, beating off rival bids from Sydney and the Gold Coast.

The race was first run in 1928 and has been held at the Albert Park Circuit in Melbourne since 1996.

It attracted record crowds in April when it returned for a race won by the Ferrari of Charles Leclerc after missing out in 2020 and 2021 because of the coronavirus pandemic.

“The race has always been a favourite for the fans, drivers and the teams, and Melbourne is an incredible and vibrant international city that is a perfect match for our sport,” Formula One president Stefano Domenicali said in a statement.

Organisers said that nearly 420 000 people attended over four days this year, eclipsing the previous record of 401 000 set at Melbourne’s inaugural grand prix in 1996.

Melbourne beat off interest from Sydney, Gold Coast and Adelaide

The scenes were a big factor in Albert Park seeing off rival bids and securing the race for the next 13 seasons.

Sydney, the Gold Coast and Adelaide were thought to be among those wanting to grab a piece of the Formula One action.

Formula One’s popularity has hit new heights thanks in part to the Netflix series Drive to Survive, which has attracted a younger audience and made drivers into superstars.

“The race is here to stay,” said Martin Pakula, the Victoria state government’s minister for Tourism, Sport and Major Events.

“It’s an Australian icon and the fact that we’ll be here until at least 2035 is something that all motor racing fans, all major event fans and hopefully all Victorians can be very, very excited about.”

Formula Two and Three races will be added to the Australian grand prix weekend for the first time next season.

“This is a sensational announcement that is simply great for Melbourne and Victoria,” said Australian Grand Prix chief Andrew Westacott.

“It builds on our rich motorsport history as well as Melbourne’s love of big sporting events and provides aspiration to the next generation of Aussie racing stars.”

Next year’s race weekend dates are yet to be announced.

Melbourne used to be the first race of the season but this year was the third of the new campaign.

Chiefs: THREE out of nine successful new signings so far

LOOK: Nine injured in a tractor and taxi collision in KZN