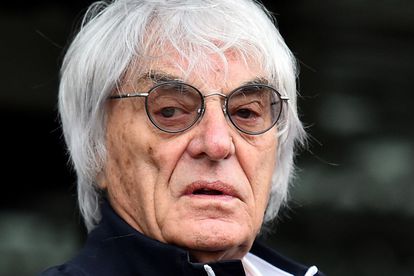 Former Formula One chief Bernie Ecclestone was arrested at an airport in Brazil when security officers found an unlicensed handgun in his luggage, but released shortly after on bail, media reports and police said on Thursday.

The 91-year-old British magnate was detained on Wednesday night on his way to board a flight at Viracopos International Airport outside Sao Paulo, local media reported.

Police did not confirm Bernie Ecclestone’s arrest, but said an unnamed “businessman” had been detained after officers found a silver .32-caliber L.W. Seecamp pistol in his luggage during security screening.

The gun was unloaded and did not have a magazine, police said in a statement.

“Federal agents brought the man in for questioning… He was charged with carrying a firearm in contravention of the law,” they said.

News site G1 said Ecclestone then boarded a private plane and left for Switzerland, where he moved after being ousted as F1 supremo in 2017.

Bernie Ecclestone had been in Brazil for a month

Ecclestone told police he was unaware the gun was in his luggage, G1 reported. He said he had bought it about five years ago from an F1 mechanic.

If convicted of illegally carrying a firearm, Ecclestone would face a prison term of up to four years.

Bernie Ecclestone, who is married to Brazilian-born Fabiana Ecclestone, had been in Brazil for about a month, media reports said.

The larger-than-life, famously autocratic businessman transformed F1 into a global multi-billion-dollar commercial giant during his four decades at the helm, before being replaced as chief executive of the Formula One Group five years ago.

A fisherman’s son and one-time secondhand car dealer, he has an estimated family fortune of $3 billion, according to Forbes magazine.