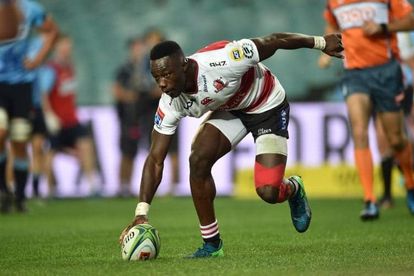 A drunken cow, the trans-Tasman streak and a row over kicking: five talking points ahead of week 12 of the Super Rugby season.

The NSW Waratahs could have done without the stag-party antics of Wallaby Nick Phipps before they try to end the drought of Australian sides against New Zealand opposition in Sydney on Saturday.

Phipps was stripped of the Waratahs’ captaincy and fined $4,000 after drunkenly urinating on a bar while dressed as a cow during his pre-wedding celebration last week, when the club had a bye.

Presuming the Melbourne Rebels don’t cause an almighty upset on Friday against the Super Rugby-leading Canterbury Crusaders, the Tahs are eyeing a great chance of ending what will be, by then, a 37-match trans-Tasman losing streak against the struggling Blues.

No word yet on how Phipps and team-mates might celebrate if they win.

Although the Waratahs are favourites against the Blues, Crusaders coach Scott Robertson says the lack of depth in Australian teams could be exposed in the next few weeks.

The record eight-time champions face the Rebels in Melbourne on Friday and are strongly expected to record a 37th consecutive New Zealand club win over Australian teams.

The Rebels have lost their last four games — and they conceded 126 points in their previous two matches against the Crusaders.

“The depth of squad is always tested and that’s the most critical thing in Super Rugby,” Robertson said.

“The next two to three weeks, there’s some games where we’ll see if there’s still a gulf or if it’s been bridged by the Australians. I know they’re hungry and we need Aussie rugby to be really strong.”

When there’s a Will

The Rebels welcome back Will Genia this week and coach Dave Wessels says the return of the influential Wallabies scrum-half will boost his team against the in-form Crusaders.

“Just having his voice back in training this week has been valuable.”

Northern Bulls coach John Mitchell is supporting his players following media criticism that the Pretoria outfit should be kicking close-range penalties at goal and not to touch.

The three-time Super Rugby champions have consistently preferred to bang the ball into touch this season in the hope of scoring pushover tries rather than going for three points.

“I am aware of the criticism, but these decisions rest with the players and I back them,” said former All Blacks coach Mitchell.

Bulls are away to Western Stormers in Cape Town in a mid-table match set to have a significant bearing on whether either team can secure a top-eight place and qualify for the quarter-finals.

Smith posted a picture of a truckload of cash ahead of the Cavaliers’ opening game against the Toronto Raptors in the NBA playoff second-round series, prompting a snarky dig from Sopoaga.

“Daddy will all this money buy you a jump shot to help LBJ (team-mate LeBron James) in the finals?” he posted.

Smith was not amused, responding with “Who are you? Again?” as his social media supporters dismissed Sopoaga as “a nobody”.

The basketballer promptly scored 20 points in the Cavs win over the Raptors, with Sopoaga claiming credit.

“Hey JR Smith you can thank me now uso. #MotivationFromNZ,” he tweeted. “Just a bit of a push to help the bro out.”