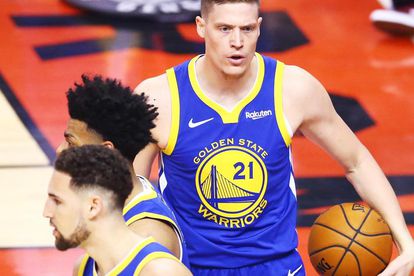 Ex-NBA star Jonas Jerebko has quit CSKA Moscow, the team said Saturday, less than three months after his controversial decision to join the organisation amid international condemnation of Russia.

The Swedish basketball federation cut Jerebko from the national squad at the end of March, a day after he joined CSKA Moscow, saying his decision was “against the federation’s values and our very clear stance toward Russia” over its invasion of Ukraine.

“the transition to CSKA turned out to be difficult for Jonas in many ways”.

CSKA Moscow wrote on its website on Saturday that

The Swedish federation said Jerebko would however not be returning to the national squad.

His decision to leave CSKA “doesn’t in any way change the decision we made when he signed with them”, the head of the federation Fredrik Joulamo told Swedish news agency TT.

Jerebko, 35, is the only Swede to have played in the NBA, where he spent 10 seasons with the Detroit Pistons, Boston Celtics, Utah Jazz and Golden State Warriors between 2009 and 2019.

CSKA MOSCOW ‘EXCLUDED FROM THE EUROLEAGUE’

Jerebko last played for Sweden in a World Cup qualifier against Croatia at the end of February, during which the federation and players showed their support for Ukraine.

Prior to signing for CSKA, Jerebko was without a club after having finished his contract with Khimki Moscow in 2021.

CSKA Moscow have been excluded from the Euroleague because of Russia’s invasion.