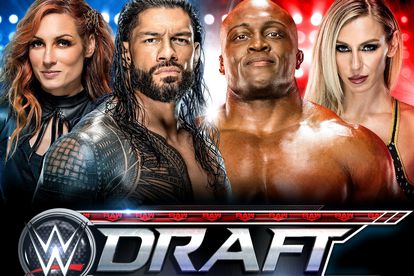 It was only a matter of time before things were shaken up by refreshing the Smackdown and RAW rosters with a WWE draft.

The two-night 2021 WWE Draft took place on SmackDown and Raw, with additional picks being announced on WWE Talking Smack and WWE Raw Talk.

The WWE Universe saw some of their favourite Superstars get drafted and we can anticipate fresh rivalries, opponents and battles for the championships.

Some of the surprising changes that took place include:

Fans may have some questions as to what’s next following the WWE Draft and what it means for the futures of some of their favourite Superstars.

My favourite champion has switched brands, do they still keep their title?

In the past, we have seen WWE superstars being stripped of their titles but for now all champions remain in place as the changes made during the draft will not go into effect until Crown Jewel. With match cards already in the process of being announced, there will be opportunities for title changes.

Could we possibly see crossovers take place between Smackdown and Raw?

While nothing has been confirmed yet, we all know that anything is possible in WWE, however the brand split has been a pretty firm one in recent years, breaking up tag teams and budding romances. While they’ve both moved to different brands, no one knows if Roman Reigns and Finn Balor could still possibly go head-to-head to settle a score. With Survivor series just around the corner the potential for Raw and Smackdown to co-mingle for a spell is certainly plausible with NXT 2.0 also an enticing option.

Now that Charlotte Flair has joined Smackdown, could we possibly see a new rivalry arise between Sasha Banks and Charlotte Flair? We all know Miss Banks is “title crazy” and would stop at nothing to become the new champion, there will be little doubt she is ready to take Flair on.

Potentially, we could also see Drew McIntyre join forces with a past enemy in Brock Lesnar in order to finally bring Roman Reigns down and have the possibility of the Smackdown Championship title taken away from Reigns.

What happens to the Superstars who weren’t drafted?

Over 60 Male Superstars, Female Superstars and Tag Teams were placed into the 2021 WWE Draft. At the conclusion of the Draft, any undrafted Superstars were immediately declared free agents with the freedom to sign with the brand of their choosing.

While there are a few obvious reasons why some superstars weren’t drafted, we will get answers soon enough. Brock Lesnar, Asuka, Elias, Eva Marie, Lacey Evans, Gran Metalik, Lince Dorado, MVP, Slapjack, Titus O’Neil are all listed under the Raw roster page while Bayley and Maryse are listed under the SmackDown roster page. Goldberg however, isn’t currently listed on either.

What the future holds for the RAW and Smackdown Championships and rivalries is still unclear but with until Crown Jewel set to establish the new status quo, one thing is for sure; with the new draft the WWE Universe will be kept at the edge of their seats. New lines will be drawn, scores will be settled and new dawns and darkness will rise. You definitely do not want to miss out. Catch Crown Jewel live on SuperSport WWE Channel 128 on 21 October at 18:00 CAT.