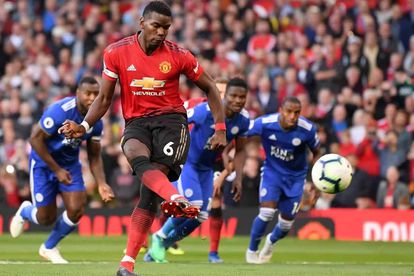 Manchester United go to Watford on Sunday with the Premier League table all topsy-turvy.

Jose Mourinho’s side head to Vicarage Road tenth on the EPL log after a downright awkward start to the new season.

The Hornets, by stark contrast, will have been cursing the interruption of the international break after building up quite the head of steam to sit joint-top after four games.

United hinted at a corner turned last time out.

The Red Devils managed a 2-0 win at Burnley, who have been knocked well out of kilter by Europa League qualifying.

Still, they all count – and Romelu Lukaku was impressive in scoring twice at Turf Moor to put United in command.

Less impressive was the hot head of Marcus Rashford, planted into the opposing brow of Clarets defender Phil Bardsley to earn a red card.

But it did just nicely overall for the Special One and Co, after defeats to Tottenham and Brighton had given everyone at Old Trafford a growing sense of tension.

No such ailments are bothering Javi Gracia and his soaring Watford, who are the league’s surprise story so far.

Wins over Crystal Palace, Burnley and Brighton led to plenty of suggestions of a gentle fixture list at the start of the new season.

But the Hertfordshire side’s 2-1 comeback win over Tottenham last time out put that firmly to bed at Vicarage Road.

Abdoulaye Doucoure’s own goal had put the Hornets on the back foot.

But goals from Troy Deeney and Craig Cathcart paved the way for imaginations to tingle about a tilt at European qualification in the unfashionable commuter town.

Recovering United provide a perfectly intriguing opponent to test out the theory.

Ex-Red Devil Tom Cleverley is out of action with an Achilles problem.

He’s joined on the sidelines by Gerard  Deulofeu, who is nursing a groin injury.

Marouane Fellaini and Phil Jones are also expected to be absent from the spine of the United team, while Marcus Rashford is banned.

Better news comes from Diego Dalot and Andres Romero, however, as the pair appear to have recovered from their respective knee injuries.