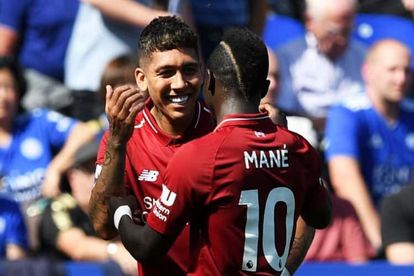 Tottenham and Liverpool resume their battle for supremacy at the top of the Premier League in the early kick off on Saturday.

The pair resume their EPL campaigns following the international break at Wembley, with the builders still polishing off Spurs’ new stadium.

A bit of work still needs doing on Mauricio Pochettino’s side, too, if their last match is anything to go by.

The north Londoners collapsed to a 2-1 defeat at surprise package Watford a fortnight ago.

Putting the pressure on after a drab first half paid off when Abdoulaye Doucoure chested into his own net.

It leaves just three sides with a maximum haul after four games, as Liverpool bring a perfect record with them to the national stadium.

Jurgen Klopp’s side have been impressive in winning each of their four opening matches.

They sit pretty at the summit with Chelsea and Watford, with reigning champions Manchester City two points back in fourth.

Sadio Mane and Roberto Firmino provided the first half goals in the East Midlands, as the Reds held on despite Rachid Ghezzal pulling one back after keeper Alisson’s moment of madness.

Brighton, Crystal Palace and West Ham have also been dispatched as the Merseyside club look to bridge the gap over the full 38 games to Pep Guardiola’s City.

Dele Alli misses out after returning from England duty with a hamstring injury, while captain Hugo Lloris has an ongoing thigh problem.

Asian Games winner and national service-dodger Son Heung-min, though, is a welcome returnee to the Spurs ranks.

Adam Lallana looks likely to be ruled out by a groin injury, although back-up keeper Simon Mignolet can retake his seat on the bench following an issue with his hand.