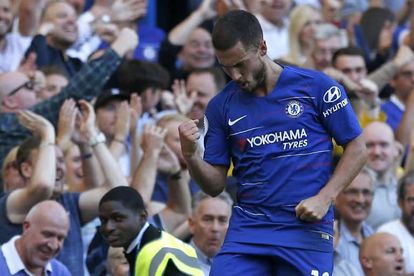 Chelsea fans will expect nothing less than another win as Cardiff visit Stamford Bridge on Saturday.

The international break came with Maurizio Sarri’s side boasting a perfect record from their opening four EPL fixtures.

They sit joint-top of the Premier League along with Liverpool and Watford, with defending champions Manchester City trailing them by two points in fourth.

Pedro and Eden Hazard ensured that was the case as the Blues left it late to find a way past Bournemouth in a 2-0 victory a fortnight ago.

Wins on the road at Newcastle and Huddersfield, meanwhile, sandwiched a thrilling home success over London rivals Arsenal en route to 12 points out of 12.

The Italian boss, then, has enjoyed an impeccable start to life in west London after replacing surly countryman Antonio Conte.

It’s not something that can be said for Neil Warnock’s latest stab at the Premier League.

His Cardiff side are winless since sealing their return to the top flight from the Championship last season.

The veteran’s men did at least become the last of the English Football League’s 92 clubs to register a goal when they played Arsenal last time out.

Victor Camarasa had that privilege on the stroke of half time, cancelling out Shkodran Mustafi’s headed opener.

The Bluebirds fought hard, although a Danny Ward header 20 minutes from time only proved enough to muster a 3-2 defeat against the Gunners.

Cardiff do, at least, have a pair of points from their draws with Newcastle and Huddersfield, following an opening weekend loss to Bournemouth.

Cesc Fabregas is nearing his comeback following a spell on the sidelines.

Boss Sarri has suggested he will make a late judgement on those involved in international action over the last fortnight.

Josh Murphy and Aron Gunnarsson are doubtful thanks to injury, with Nathaniel Mendez-Laing a long-term crock.