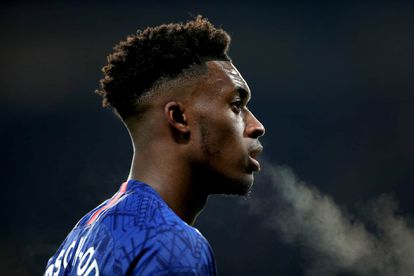 The English Football League have postponed all matches until 4 April 2020, and the Premier League has followed suit following confirmation that players and managers had contracted the coronavirus.

The English Football Association (FA) announced that together with the Premier League and EFL they had agreed to suspend all competition.

Callum Hudson-Odoi of Chelsea and Arsenal manager Mikel Arteta have been confirmed to have tested positive for the virus.

Sports events worldwide are being cancelled due to the increased risk of the spread of the coranavirus COVID-19 at large gatherings of people.

Some sporting events will be played behind closed doors, but the global mood appears to have shifted, and most of the world’s biggest sports events for March have been cancelled or postponed.

The English Football League, which overseas the running of England’s three divisions below the Premier League announced all matches would be suspended until 4 April 2020. They made the announcement on Friday 13 March 2020 and were followed by the FA and Premier League.

Internationally friendlies between England’s Three Lions and Italy and Denmark scheduled for later this month have also been cancelled.

“The FA, Premier League, EFL and Barclays FA Women’s Super League and FA Women’s Championship have collectively agreed to postpone the professional game in England until 3 April at the earliest,” a statement from the EFL read.

Status of English football to be reviewed

The decision to postpone the leagues will be open for constant review in the coming weeks as the situation develops.

“This action, which will be kept under constant review, has been taken due to the increasing numbers of Clubs taking steps to isolate their players and staff because of the COVID-19 virus,” the statement continued.

“The postponements include all matches in the Championship, League One and League Two, as well as all Academy and youth team fixtures.

“In addition, Clubs are being advised to suspend indefinitely all non-essential activities which include, but are not limited to, player appearances, training ground visits and fan meetings.

“Whilst the EFL Board has continued to take the advice and guidance offered by the Government and its health advisors, emerging developments mean now is the time to implement football’s contingency plans in response to the crisis.

“A further update on these plans will be given post an EFL Board Meeting next week.

“This decision has not been taken lightly, but the EFL must prioritise the health and well-being of players, staff and supporters while also acknowledging the Government’s national efforts in tackling this outbreak.”