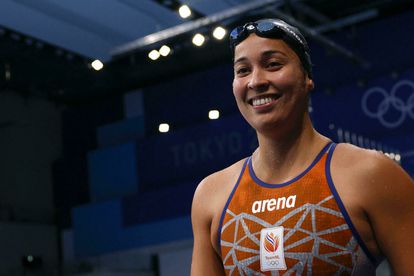 Three-time Olympic gold medallist Ranomi Kromowidjojo of the Netherlands said on Thursday she has retired from competitive swimming aged 31.

“Swimming will always be my passion, but not on a professional level anymore,” she posted on her Instagram page.

“There is more than top sport… it is part of a larger whole.”

The Tokyo Games were her final major event and she took bronze in the 50m freestyle.

The sprinter, who has part Javanese/Surinamese heritage, also won 17 world titles during a 16-year career.

Ranomi Kromowidjojo counted out a role as a swimming coach but did hint she might turn to life coaching.

“I’ll be trying to help people, to inspire them in their personal development. But I don’t see myself giving instructions from poolside,” she said.