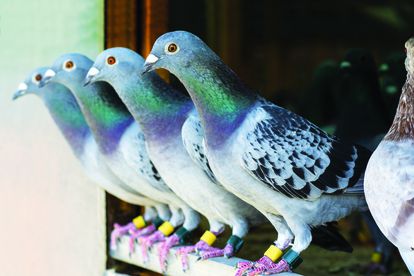 Dutch police have arrested three people suspected of having stolen or received 26 homing pigeons stolen from a Belgian pigeon-fancier.

Officers pulled the three over as they were driving on a road in the south of the country and found the pigeons in a basket, said a police statement.

The three suspects, a man and a woman from Ukraine aged 47 and 57, respectively, and a 32-year-old man from Rotterdam, were unable to explain what they were doing with the pigeons.

Although they claimed the birds were from Poland, the rings around their legs showed they were from Belgium and allowed police to contact the owner.

Once he checked his pigeon loft he reported that he was missing 26 pigeons and officers were able to return them.

European homing pigeons have become a prized commodity on the international market in recent years, particularly in China, where massive amounts of money are bet on their journeys.

The breeding and racing of pigeons has long been a tradition in Belgium, the Netherlands and northern France.

‘Bullfighting without bloodshed’ alive in California

One killed, three injured in HORROR accident on R21