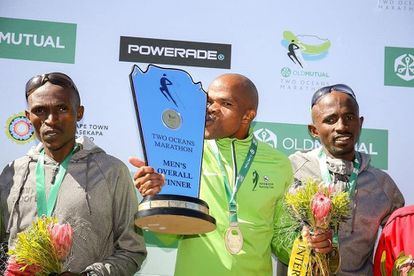 The Durban International Marathon on Sunday 8 May 2022 will double as the Athletics South Africa National Championships.

As a result a star-studded field is set to turn up in Durban this weekend with a bevy of medals on offer.

Former Two Oceans ultra-marathon champion, Lungile Gongqa (Western Province Athletics), who finished second at the 2015 Cape Town Marathon, will be eager to prove he can still take on his younger compatriots over the classic 42.2km distance and the 43-year-old is one to watch.

Gongqa is up against the likes of Xolisa Tyali, a multiple SA Championships medallist on the track and the road, and his Central Gauteng Athletics teammate, 40 year-old ultra-marathon runner Jonas Makhele (CGA).

Top women come out in force with titles on the line

The women’s race will be equally competitive, with former Comrades Marathon champion Ann Ashworth turning out among the favourites for the SA crown.

She faces a field which includes her KwaZulu-Natal Athletics teammate Jenet Mbhele, one of the most versatile athletes in the country, as well as former SA marathon champion Cornelia Joubert (CGA), while Stella Marais will hope to put up a fight for the podium in the colours of Athletics Gauteng North.

Ready to hit the road in Durban

“Road runners have been itching under the feet to run this race,” said James Moloi, the President of Athletics South Africa.

“We are looking forward to an interesting contest which has a potential to see an upset. We thank KZN Athletics, the City of eThekwini and the Local Organising Committee for the work they have been doing to prepare for this race.”

The ASA Marathon Championships will start at 6:00 (AM) on Sunday. The Durban International Marathon is also set to host an open 10km race, which is slated to get underway at 6:30.

Champions Cup: Home advantage in Round of 16 up for grabs

BIG news on the future of PSG superstar Lionel Messi