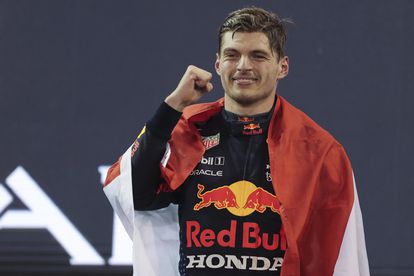 The starting grid for Sunday, 24 April’s Emilia Romagna Grand Prix, the fourth round of the 2022 Formula One calendar. Photo: EPA/KAMRAN JEBREILI / POOL

The starting grid for Sunday, 24 April’s Emilia Romagna Grand Prix, the fourth round of the 2022 Formula One calendar. Photo: EPA/KAMRAN JEBREILI / POOL

Verstappen believes that the show tries to skew public perception of the relationships between drivers.

Max Verstappen not a Drive to Survive fan

The Dutch driver told the BBC that he has only watched two episodes of Drive to Survive, adding that it wasn’t his thing.

“I watched two episodes, but I was not very impressed. It’s just not my thing, faking rivalries,” Verstappen told BBC Sport.

“Lando and Daniel are two great people I know – they have really great characters and immediately at the second episode it looks like they are not very friendly to each other, and for me that’s not correct and that’s why I’m also not a part of it.”

There are those that claim that the series is good for F1 and brings in new fans, but Verstappen is not a fan of distorting perceptions.

Drive to survive taking too much time

He also griped about the abuse of his time, for a sideshow.

“At one point [it helps to bring in audience] but that effect also runs out. I think we’re beyond that stage now and it’s more like a reality show in my opinion.

“Plus, it takes way too much time anyway. I need to focus on the racing and have private time and not spend another half an hour at the race weekend when they need to talk to you.”

Verstappen also put down any suggestion that Lewis Hamilton is still smarting from his last lap loss of what would have been an eighth world title.

“The sport doesn’t need to heal, there are these dramatic moments which are part of the sport as well,” Verstappen said.

“F1 is a very tough world. I think Lewis can feel the pain a bit less if you already have seven [drivers’ titles].”