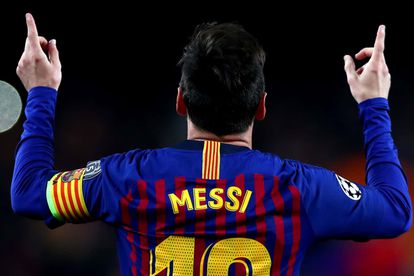 Spanish soccer giants Barcelona are the best in Europe when it comes to generating money, beating arch-rivals Real Madrid into second place and English club Manchester United into third.

This is according to the latest Deloitte Money League, which measures income earned in the 2018-2019 season, excluding transfer fees for players.

Bayern Munich of Germany and Paris Saint-Germain of France round out the top five richest clubs. EPL clubs Manchester City, Liverpool, Spurs and Chelsea are all in the top 10.

Barca earned a whopping €841 million (about R13.6 billion), €83-million more than Real Madrid. This is the biggest gap ever recorded between first and second.

The authors of the report say the massive increase in year-on-year revenue is down to the club taking charge of its own merchandising and licensing activities.

Deloitte Sports Business Group partner Dan Jones commented: “Barca is a clear example of a club adapting to changing market conditions, reducing the reliance on broadcast revenue and focusing on growing revenues within its control.”

Deloitte expects Barca to remain No 1 in 2021’s standings and state the club is on course to achieve its ambition to be the first to generate revenue of more than €1 billion (R16.1 billion) in the future.

Despite ongoing problems on the field, Manchester United increased revenue in 2018-2019. However, Deloitte warned that revenue would drop in 2019-2020 because of the club’s failure to qualify for the Champions League.

“This could also put the club at risk of losing its position as the Premier League’s highest revenue-generating club for the first time in Money League history,” Deloitte noted.

“The impact of participation and performance in Uefa club competitions on revenue is evident in London and the North West [of England], with the rise of Liverpool, Manchester City and Spurs driven by reaching the Champions League knockout stages.

The relative decline of Arsenal is a direct result of not participating in the competition for a second consecutive season, a fate that may also befall Manchester United.”

Tottenham achieved the club’s highest-ever position of eight in the Money League. It increased revenue by 21% to €521 million (R8.4 billion), mainly as a result of reaching the Champions League final for the first time.

Spurs is now the top revenue-generating club in London, with Chelsea in ninth spot and Arsenal falling out of the top 10 due to failing, yet again, the qualify for the Champions League.

Juventus and the Ronaldo effect

Juventus, perennial champions of Italy, moved back into the top 10 of the Money League on the back of the increased commercial appeal of Cristiano Ronaldo, who signed for the club from Real Madrid in July 2018.

“As a result, Juve saw an uplift in commercial revenue in part due to an increase in brand visibility in 2018/19,” Deloitte said. “The club also increased revenue from merchandise sales as a result of signing the marquee player.”

According to the BBC, Ronaldo has more Instagram followers than Real Madrid and Barcelona combined.

The top 20 in the latest Deloitte Money League: