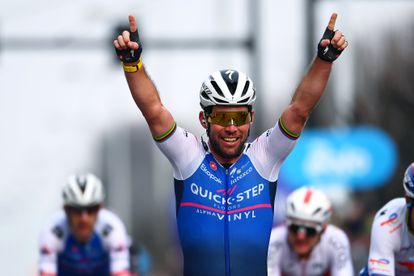 Britain’s Mark Cavendish and France’s Julian Alaphilippe have both missed out on a place in the upcoming Tour de France. Photo: Twitter @giroditalia

Britain’s Mark Cavendish and France’s Julian Alaphilippe have both missed out on a place in the upcoming Tour de France. Photo: Twitter @giroditalia

Britain’s Mark Cavendish and France’s Julian Alaphilippe have both missed out on a place in the upcoming Tour de France, their Quick-Step team announced on Monday.

Double world road cycling champion Alaphilippe only returned to competition on Sunday, two months after suffering multiple fractures in a heavy fall on the Liege-Bastogne-Liege race in Belgium.

Alaphilippe, 30, has worn the race leader’s yellow jersey in the last three editions.

But the Belgian team have opted for Dutch rider Fabio Jakobsen, who has 10 wins in 2022, and will be supported by Dane Michael Morkov.

Danish riders Kasper Asgreen, winner of the Tour of Flanders in 2021, and Tour newcomer Mikkel Honore, have also been selected for the three-week race which gets underway in Copenhagen on July 1.

Alaphilippe returned to racing on Sunday in the French championships and helped team-mate Florian Senechal to victory.

“I really came to see where I was, to make an effort,” said Alaphilippe.

“I can’t say that I had a lot of fun but I was better than I thought, so I’m happy.”

Quick Step sporting director Tom Steels justified Alaphilippe’s absence to “give him more time to recover and rebuild his condition, so that he can be 100 percent for the second part of the season”.

“We have riders who can support Fabio, riders who can climb, but who can also do something in the breakaways. Kasper, Yves (Lampaert) and Michael (Morkov) will form a strong leading group for Fabio,” Steels explained.

“Tim (Declercq) will be the rider who will help him not only on the flat, but also in the mountains, where he will make sure that Fabio respects the time limit.

“Mattia (Cattaneo) has more experience now and can make a few breakaways. Mikkel has improved a lot since joining the team and deserves his place while Andrea (Bagioli) has shown he has the mentality to compete with the best,” added Steels.

Senechal and Cavendish were designated as replacements.

READ | DARYL IMPEY GETS THE NOD FOR 2022 TOUR DE FRANCE