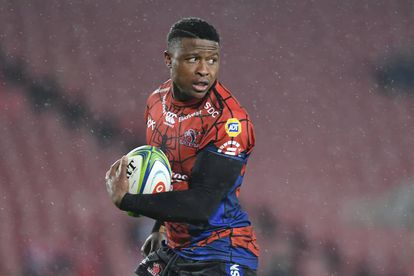 The Lions are set to face the Crusaders in Christchurch on Friday.

After beating the Chiefs 17-23 last weekend, the Lions are setting their hopes high in order to beat the reigning champs this weekend.

In the forwards, Codie Taylor returns to start at hooker and, with both Scott Barrett and Matt Todd on All Blacks rest, Quinten Strange and Billy Harmon have been given an opportunity to start against the Lions. Mitch Dunshea has also been named in the matchday team, providing cover in the No 19 jersey.

Mitch Drummond will start at halfback for this game and Ereatara Enari takes a spot in the reserves. There is a reshuffle in the backline with George Bridge returning to the left wing, Braydon Ennor moving in from the wing to the midfield and Sevu Reece lining up on the right wing.

Finally, 20-year-old Ngane Punivai is set to make his debut for the Crusaders on Friday.

The Lions made four changes to the team that beat the Chiefs last week.

Robbie Coetzee, Nic Groom, Shaun Reynolds and Ruan Combrinck all get the nod for the Lions’ last fixture on tour. Robbie Coetzee will start at hooker with Malcolm Marx back in South Africa as part of Springbok protocol which also sees the introduction of Jan-Henning Campher on the bench.

Shaun Reynolds will start at ten after Gianni Lombard picked up an injury and has returned home. Ruan Combrinck gets a start in the No 15 jumper and at nine Groom rotates with Ross Cronje.

The game will be broadcast live on SuperSport 1 (SS1).