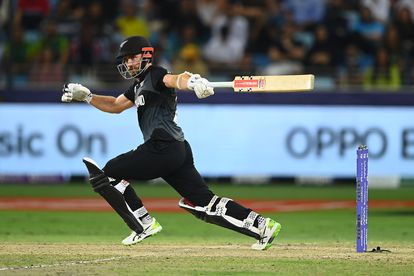 NZ Cricket has called off an upcoming tour of Australia, 11 days before the first match due to strict Covid-19 quarantine requirements. Photo: Alex Davidson/Getty Images

NZ Cricket has called off an upcoming tour of Australia, 11 days before the first match due to strict Covid-19 quarantine requirements. Photo: Alex Davidson/Getty Images

Black Caps skipper Kane Williamson made the highest score by a captain in a T20 World Cup Final, when he struck 85 against Australia in Dubai.

His incredible knock came off 48 balls and also meant he equalled the record for the highest individual score in a T20 World Cup Final. Marlon Samuels had also made 85 against England in the 2016 final.

Before Williamson’s, the highest score by a captain in a men’s final was Kumar Sangakkara’s 64* against Pakistan in 2009.

Williamson equalled Samuels’ record with a lap shot to fine leg for four. It was his 10th four of the day, to go with three sixes.

The New Zealand captain came into the tournament with a long-standing injury to his elbow. His highest score before the final was 40* in a vital knock against Afghanistan, while he also made a steady 33* against India. But those innings had come at strike-rates of 95.23 and 106.45 respectively, and there were concerns that his cautious approach would come back to haunt New Zealand against strong opponents.

However, he put those concerns to rest in the final, striking at 177.08. He was on 18 off 19 balls at the halfway mark, with his team going at slower than a run a ball. Then, making the most of being dropped, he switched gears, and how.

Mitchell Starc was belted for three fours in a row in the 11th over, which went for 19. Williamson then carted the same bowler all around the ground in the 16th over, brilliantly finding the gaps and never over-hitting for 22 runs.

In the middle, Williamson struck back-to-back sixes of Glenn Maxwell, including a one-handed shot that sailed over midwicket, and a slog sweep to take him to his half-century in just 32 balls.

Williamson was finally stopped by Josh Hazlewood, with the batter finding Steve Smith in the deep.

The skipper’s onslaught meant Starc conceded 60 in his four overs, the most by any man at a World Cup.

It also powered New Zealand to the biggest ever total in a Men’s T20 World Cup Final, eclipsing West Indies’ 161/6 against England in 2016.