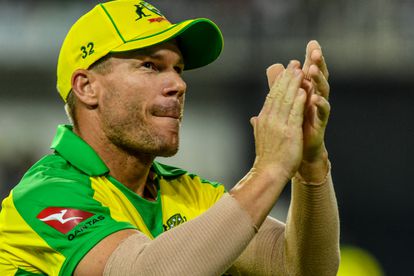 The Sunrisers Hyderabad team management has confirmed that Kane Williamson will take over the captaincy from David Warner for the remainder of the IPL season.

Sunrisers have lost five out of their first six games this campaign with David Warner saying after the last defeat against Chennai he took “full responsibility”.

Warner might not be part of the starting line-up for Sunday’s clash against the Rajasthan Royals with the Sunrisers also saying in the statement that a different overseas combination will be tried.

Williamson had captained the Sunrisers in the 2018 season when Warner was barred from the IPL for his involvement in the Newlands ball-tampering scandal.

The Sunrisers’ statement said: “The decision has not come lightly as the management respects the enormous impact David Warner has had for the franchise over a number of years.

“As we face the remainder of the season, we are sure David will continue to help us strive for success both on and off the field.”

Overall, Williamson’s captaincy record in the IPL reads 14 wins and 12 losses in 26 matches.

WATCH: Arrested for wounding intruder with a hammer [Video]