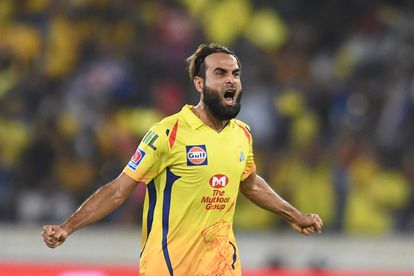 The IPL roars back into action this weekend in the United Arab Emirates, more than four months after being halted by the coronavirus pandemic in India. Photo by NOAH SEELAM / AFP

The IPL roars back into action this weekend in the United Arab Emirates, more than four months after being halted by the coronavirus pandemic in India. Photo by NOAH SEELAM / AFP

At least one of three South African players stands a chance of being crowned an Indian Premier League (IPL) champion by Tuesday night.

The final of the popular tournament gets underway at 16:00 (SAST), with four-time champs, Mumbai Indians taking on first-time finalists, Delhi Capitals in Dubai.

Proteas skipper Quinton de Kock is the sole South African in the Mumbai Indians’ roster, while the pace duo of Kagiso Rabada and Anrich Nortje will be representing the Capitals.

How Proteas have fared in the IPL

Two South Africans played in the inaugural IPL final, but both ended on the losing side.

The 2008 final was contested by the Chennai Super Kings and the Rajasthan Royals, with all-rounder Albie Morkel and legendary fast bowler Makhaya Ntini representing the former.

It was the Royals who ran off victorious on the day, with another Morkel, Morne securing an IPL gold medal alongside then Proteas skipper, Graeme Smith, despite the fact that neither player made the playing XI for the final.

The first South African to land on the winning side in an IPL final was Herschelle Gibbs, who top-scored for the Deccan Chargers in the only tournament held in South Africa.

A total of 13 South Africans have lifted the trophy, as of the 2019 final, with four of them achieving the feat twice.

We take a look at all those who have achieved IPL glory since the competition’s inception.

Full list of South Africans to win the competition