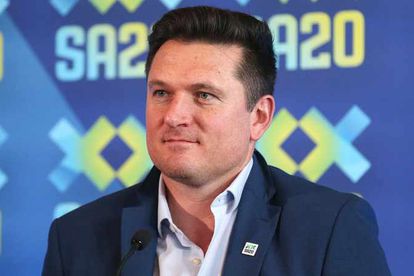 SA20 league organisers have confirmed a new wild card signing option which allows the six franchises to boost their squads with one extra player before 30 December.

According to a press release sent out on Monday, teams can sign a South African or an overseas player who was not registered in the auction, and will have until 30 December to make their selections.

Players will come in at a minimum base fee of R175 000, with franchises using their discretion to select the calibre of players to bolster their squads, which will move from a playing personnel of 17 to 18.

This move could potentially open the door for Proteas T20 captain Temba Bamuva to sign with a team, after he went unsold at the auction. There is also the possibility that Pakistani players, who were initially not eligible for selection, to join the league.

“The wild card offers our teams an opportunity to add another world-class player to their squad,” league commissioner Graeme Smith said.

“The cricket community showed a lot of interest in our League for the auction, I have no doubt we will be seeing six brilliant cricketers joining the SA20,” Smith added.

Each SA20 league squad will be allowed to have a maximum of eight overseas players, and the maximum of four on-field overseas players at any time during the match remains unchanged. The franchise’s salary cap following the auction will remain outside of the wild card player’s fee.

The SA20 league starts on 10 January 2023, with the first match scheduled to take place at the iconic Newlands stadium, where MI Cape Town will host provincial rivals Paarl Royals.