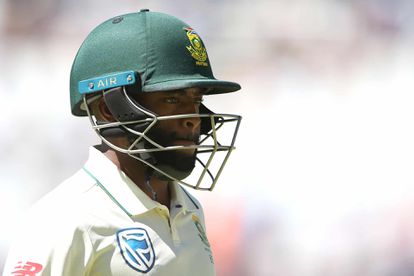 Bavuma and Elgar have stepped into a seamless leadership-sharing relationship, with the latter taking on the captaincy in the red-ball format. Meanwhile, Bavuma leads the Proteas in T20 and ODI cricket.

Although Elgar only plays Test cricket, Bavuma is a key member of the team across all formats, and the duo will need to put their heads together if the Proteas are to have any chance of salvaging some success in the ongoing series against New Zealand.

South Africa suffered a horror defeat in the opening Test, and they will be desperate to achieve some semblance of redemption when the second encounter gets underway from Friday.

“We have frequent conversations, even though Dean isn’t involved in the white-ball side, but from a cultural and environmental point of view, he’s as involved as anyone and he knows that,” Bavuma said when asked about the relationship with Elgar.

“We’re there to support each other and we’re in this cause together. His success is my success and vice versa.

“Our relationship has always been one that’s built on honesty and no bulls**t, if I could use that word.”

Bavuma and Elgar go a long way back

Elgar also recently shared his thoughts on how the dynamics worked with Bavuma.

“I think we’ve been playing together in different sides – SA “A”, Proteas – and against each other for 10 or 11 years.

“We are very similar characters. He’s a lot quieter than me, which is a good thing because he’s a deep thinker. But he can be feisty.

“He’s a tough cookie; definitely not a pushover. Sometimes people think the quiet guys are easy to walk over, meanwhile, he just processes things in his own way… He’s a small guy, but with a deep voice. When he speaks, you have to sit up and listen to what he has to say.”