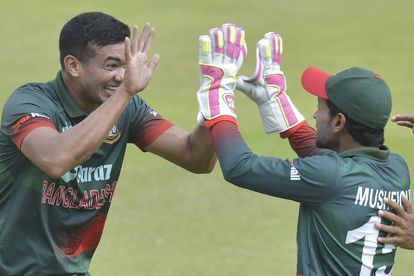 The Proteas had won the toss and decided to bat in the series-deciding third and final one-day international against Bangladesh at SuperSport Park in Centurion on Wednesday.

South African captain Temba Bavuma was passed fit to play after leaving the field with a finger injury during the second match in Johannesburg on Sunday, but all-rounder Wayne Parnell was ruled out because of an injured hamstring. He was replaced by Dwaine Pretorius.

Bangladesh fielded an unchanged team for the third match in a row, and initially struggled to make inroads as South Africa reached 46 without loss. Yet, from there, the Proteas crumbled under the pressure asserted by a superb Bangladesh onslaught.

With Taskin Ahmed producing one of the all-time great Bangladesh bowling displays on South African soil, the fast bowler claimed stunning figures of 5-35, but he was ably supported by all the bowlers around him.

By contrast, the Proteas batsmen woefully lacked any application, with Janneman Malan’s score of 39 the only innings of substance as the home team crumbled to 154 all out after just 37 overs.

Bangladesh then waltz to the crease, and duly put the bowlers to the sword, with a stunning half century from Tamim Iqbal and well-played 48 from Litton Das leading them to a famous victory.

It is the first time Bangladesh have clinched an ODI series win in South Africa, and no one can say it wasn’t fully deserved.

By contrast, this has to go down as one of the most woeful ODI performances ever produced by a Proteas team.

“I have been playing for Bangladesh for more than 15 years. If we can win today it will be one of our biggest achievements,” said Bangladesh captain Tamim Iqbal prior to the match.

You can check out the full scorecard here