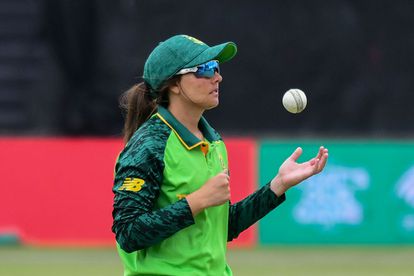 The Proteas have named their squad for the upcoming Women’s Cricket World Cup with a strong side selected despite some injury blows.

Regular skipper Dane van Niekerk suffered an ankle injury following a slip beside the pool at home and will miss the showpiece.

In her absence Sune Luus will continue to be the stand-in skipper while allrounder Chloe Tryon will be vice-captain for the tournament.

Lizelle Lee returns to the 15-strong group after picking up a COVID-19 positive and subsequently missing the West Indies series.

Experienced campaigners Mignon du Preez, Trisha Chetty, Marizanne Kapp and Shabnim Ismail have all been named in the group, as a result the Proteas sport four players with a century of ODIs.

In addition, Luus and Lee could both eclipse the hundred mark during the 2022 ICC Women’s Cricket World Cup.

“The squad was not just brought together in the last few months, it’s a process that we commenced in 2017 and we identified certain areas that we needed to strengthen. There were strategic selections made through various camps and tours that we’ve had and played prior to this,” Clinton du Preez, the women’s convenor of selectors, said. “In 2020, when we went to New Zealand, we clinched the ODI series and from there that just set the tone for us to go and push on for the ODI World Cup.

“I think it is important though that all the hard work has been put in, including the selections for the playing conditions that we see ourselves facing. Our team is ready to compete, and our team is ready to go further than just the semi-final berth and go and try and clinch the World Cup.”