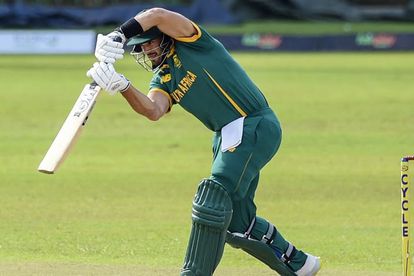 Boucher explains why Markram was dropped by the Proteas Photo: AFP

Boucher explains why Markram was dropped by the Proteas Photo: AFP

The Proteas lost the ODI series against Bangladesh 2-1 with Markram playing in just one of those games, to no real effect.

Markram has been off form

Markram’s batting form had come under intense pressured after two unconvincing series’ displays against both India and New Zealand home and away this year. He then went back into the domestic cricket structures for the Titans, where had shown his ability with the willow again, in the Momentum One Day Cup. That form then saw him selected to the the Proteas side for this recently concluded series, with the hope that he would carry over his form and shrug off his struggles from the Test format.

That, however, did not materialise for Markram as he failed to repay the faith that was shown in him by both coach Boucher and captain Temba Bavuma. In the first ODI loss by the Proteas against Bangladesh, Markram again, failed to make an impact with the bat and found himself dismissed without troubling the scorers.

Markram was then not selected for both the Pink Day ODI on Sunday, as well as the third and final ODI of the series on Wednesday, and Boucher has since explained why he was not selected.

Boucher explains why he was not selected for the Proteas

“Aiden is out of form, we were put under pressure at the Wanderers because we only played five bowlers. Aiden is an aggressive player, his form has been worrying. You get other guys to do a job, but then there are things in the back of their head that this ‘my opportunity to get runs and show I should be here,’ and that unfortunately brings a bit of fear into the equation.” Said Boucher.

READ | DEWALD ‘BABY AB’ BREVIS: “I WANT MY OWN IDENTITY”

Markram will now have a much needed break away from the Proteas side, as he sets off for the Indian Premier League. He will undoubtedly hoping to rediscover some form in the shorter format of the game.