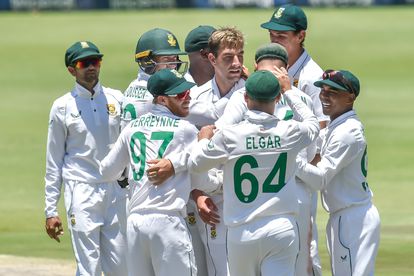 Bangladesh had displayed an immense fighting spirit throughout the first four days against the Proteas, but their batsmen were no match for the twin spin threat posed by Keshav Maharaj and Simon Harmer in their second innings. Only Najmul Hossain Shanto put up some resistance as he scored 26, but only one other batsman reached double figures as the Proteas bundled Bangladesh out for just 53 runs to claim a 220-run victory in the first Test.

However, there have now been sensational claims from Bangladesh that the Proteas crossed the line when it came to sledging, while the visitors have also complained about the standard of officiating.

BCB cricket operations chief Jalal Yunus told ESPNcricinfo that Bangladesh were concerned about how the umpires treated their players when they complained about the Proteas’ sledging.

“They surrounded [Mahmudul Hasan] Joy when he went out to bat,” he said. “They were saying something. He couldn’t say anything back since he is a junior player. It was deplorable. Instead of controlling the situation, the umpires warned our players whenever we made complaints against the sledging.

“Sledging definitely took place from both sides, but when they started it and took it overboard, we complained to the umpires. It wasn’t acceptable. We properly condemn it. We have to accept the umpires’ decisions, but the ICC must reinstate neutral umpires.”

You can check out the scoreboard from the first Test here