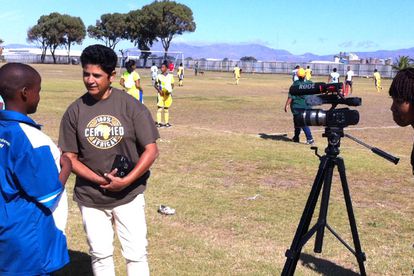 Cricket South Africa (CSA) has expressed its sadness at the passing of former Olympian, table tennis star and fierce women’s sports activist, Cheryl Roberts who died on Friday after a battle with cancer.

PICTURES | EBEN ETZEBETH ARRIVES AT SHARKS AHEAD OF DEBUT

Born on 10 March 1962, Roberts first made a name for herself when she represented South Africa in the 1992 Summer Olympic Games in Barcelona as part of the table tennis team.

She was most recently known for her dedication to advocating for women in sport through storytelling as a writer, and her prominent social media posts.

Paying tribute to Cheryl Roberts’ contribution to cricket and women’s sport, CSA Chief Executive Officer, Pholetsi Moseki said: “The sporting fraternity has lost a colossus of women’s sports in the media, a voice that demanded to be heard and one who staunchly fought for female representation across multiple sporting codes, including the game of cricket.

“Her storytelling abilities helped the everyday South African understand the challenges faced by athletes on their journey to on-field success. It is through her unrelenting advocacy that women’s sport is now gaining the traction it deserves. She will be sorely missed.”

ALSO READ | URC: WHEN THE 4 SOUTH AFRICAN TEAMS WILL BE IN ACTION

CSA Board chairperson, Lawson Naidoo said: “Cheryl’s loss comes at a time when the women’s game has grown exponentially, largely down to the sacrifices and valiant support from champions like her and the generation that laid the platform for the stars of today.

“On behalf of the board, I wish to express my sincere condolences to the Roberts family, along with everyone she impacted over her lifetime. May her soul rest in peace.”

“We are saddened to hear of the passing of Cheryl Roberts, a staunch supporter of women’s sport, a champion of equal opportunities, and an activist for women on the SA sporting landscape,” Alexander said.

“May she rest in peace and our thoughts are with her family.”