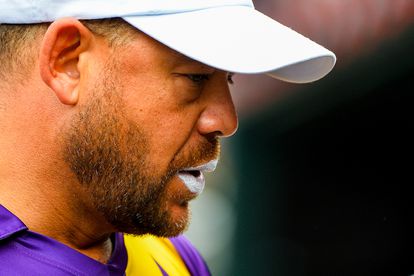 Andrew Symonds was remembered as a supremely talented cricketer with “a pure heart” at a memorial service on Friday. Photo: Alex Goodlett/Getty Images

Andrew Symonds was remembered as a supremely talented cricketer with “a pure heart” at a memorial service on Friday. Photo: Alex Goodlett/Getty Images

In yet another tragic blow for the sport after the recent deaths of fellow greats Shane Warne and Rod Marsh, Cricket Australia confirmed on Sunday that Symonds had been killed.

The 46-year-old, who played 26 Tests and 198 one-day internationals for Australia from 1998 to 2009, was reported to have been involved in a single-car accident outside Townsville in Queensland state on Saturday night.

Symonds was said to be the sole occupant of the vehicle, but tragically died from his injuries after the car left the road and rolled.

“Australian cricket has lost another of its very best,” Cricket Australia chairman Lachlan Henderson said in a statement.

“Andrew was a generational talent who was instrumental in Australia’s success at World Cups and as part of Queensland’s rich cricket history.

“He was a cult figure to many who was treasured by his fans and friends,” he added.

The cricket world has been left in mourning once again

Tributes poured in for Symonds – who was a larger than life character – with the tragic news coming in the wake of the deaths of fellow Australian greats Warne and Marsh, who both died unexpectedly from heart attacks.

“Unfortunately I’ve been here too often this year under these circumstances. I actually can’t quite believe it, to be honest,” former Australia captain Mark Taylor told Channel Nine. “Another tragic day for cricket.”

Symonds was widely considered to be one of the most skilled all-rounders Australian cricket has seen, while he was an incredibly explosive middle-order batsmen.

Symonds was also one of the most talented fielder the game has seen, and he was a key part of Australia’s back-to-back 50-over World Cups triumphs in 2003 and 2007.

Domestically, he played for Queensland for 17 seasons, while appearing for Gloucestershire, Kent, Lancashire and Surrey in the English County Championship, as well as for Deccan Chargers and Mumbai Indians in the Indian Premier League.