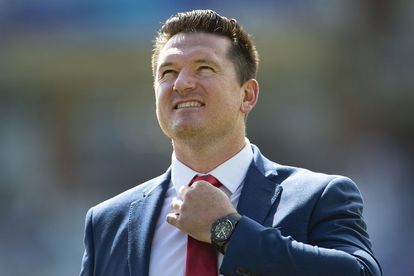 It was confirmed earlier this week that cricket’s most successful Test captain and former opening batsman, Graeme Smith, will lead the new T20 League overseeing all aspects (both cricketing and non-cricketing) and developing what is anticipated to be a dynamic brand that showcases the strength of South African cricket.

Recently, the Proteas confirmed they had cancelled their one-day international (ODI) series scheduled for Australia in January 2023, in order to prioritise the new T20 competition.

Among Smith’s first orders of business will be to develop the brand and confirm the participating franchises for the cricket fest to take place annually in South Africa, the inaugural event of which is scheduled to take place in January and February 2023.

Cricket South Africa (CSA) board chairperson Lawson Naidoo has now told Sport24 how Smith came to be appointed to this key position, just a few months after leaving his post as SA director of cricket.

“His (Graeme Smith’s) contract came to an end and he opted not to reapply and he obviously wanted to explore other opportunities and this was one of those that clearly arose for him,” Naidoo said. “The decision to appoint Graeme as the commissioner for this T20 league was taken by the Africa Cricket Development board.

“CSA was obviously consulted on the matter, as we would be as the majority shareholder on any major decision that the company takes. Ultimately, they felt Graeme was the right person for the position. His global standing, his relationship with current players is important because we need to be able to attract the best international talent to come to SA.”

According to CricBuzz, Cricket South Africa (CSA) may have earned more than USD 150 million (for 10 years) from the franchise auction for its new T20 league, with all six franchises snapped up by IPL owners.

Commenting on the role, Smith said, “I’m extremely honoured to be entrusted with leading this exciting new venture. I’m deeply committed to South African cricket and happy to serve the game as best I can. I’m excited by the opportunity to deliver the new league which I believe will be an extremely competitive product, one that can bring the much-needed investment into the game and provide new opportunities for players around the world and more importantly to our SA home grown talent.

“The response from stakeholders has been very positive thus far and we’ve made great progress in the initial stages,” said Smith. “We’re determined to deliver a valuable, sustainable and appealing tournament for South African cricket.”

A statement from CSA confirming Graeme Smith’s new appointment was released below:

Recognised for his leadership qualities and decisive, clear thinking, Smith will lead the League which, outside of CSA, has SuperSport as one of its major shareholders.

“I worked closely with Graeme during his role as DoC and believe he is the perfect candidate to lead this new chapter of South African cricket,” Moseki said. “His expert understanding of the local and international cricketing environment will ensure the League delivers a thrilling product that will change the face of South African cricket for the better.

“This new league promises to make a significant investment into both professional cricket and development in South Africa, along with a positive socio-economic and tourism injection into the country. We are excited by the positive strides we have made so far and remain on track to deliver a league to inspire and entertain cricket fans around SA and the world,” he concluded.

The competition is expected to give impetus to the development plans of CSA and to elevate and sustain CSA’s holistic vision for the game in the country.