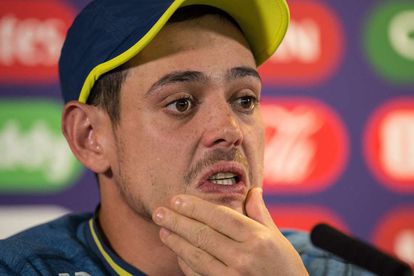 Proteas limited-overs duo Quinton de Kock and David Miller have been snapped up for the second edition of The Hundred tournament. Photo: Backpagepix

Proteas limited-overs duo Quinton de Kock and David Miller have been snapped up for the second edition of The Hundred tournament. Photo: Backpagepix

Proteas limited-overs duo Quinton de Kock and David Miller have been snapped up for the second edition of The Hundred tournament.

The 100-balls-per-side tournament for both men and women will start in August this year.

David Warner was not picked up in the draft, but Australia’s recent Women’s World Cup winners dominated selections on the women’s side.

Warner, along with Chris Gayle, Babar Azam, Tabraiz Shamsi and Nicholas Pooran, all went undrafted from the top price bracket of £125 000 (R2.4 million) on the men’s side.

But Warner’s compatriots Beth Mooney, Rachael Haynes, Meg Lanning, Alana King and Megan Schutt were all either picked up or on the move just days after playing in Australia women’s World Cup final victory against England.

Warner and Gayle were two of seven players in the draft with reserve prices at the maximum £125 000 level, and both went unsigned.

The ICC’s top-ranked T20 batter Babar and number one bowler Shamsi were also left without a contract.

Pollard’s international team-mates Andre Russell and Dwayne Bravo were also snapped up for the maximum price, with the all-rounders joining Manchester Originals and Northern Superchargers respectively.

London Spirit’s women swooped for Mooney and Schutt while Haynes – who finished the 50-over World Cup as the second-highest run scorer – joined fellow Australian Annabel Sutherland at Welsh Fire.

Fire will be captained by England opener Tammy Beaumont, who made the switch from London.

West Indies star Deandra Dottin made the switch to Manchester Originals from London, with her compatriot Hayley Matthews completing the overseas contingent at Fire.

In the men’s draft, Joe Clarke was the only English player to be selected in the first round, joining Welsh Fire from Manchester Originals for £125 000.

Spirit splashed out £125 000 for England spinner Liam Dawson and £75 000 for Australian fast bowler Riley Meredith as they remodel their squad after finishing bottom of last season’s standings.

In other South African-related signings, former Proteas batsman Rilee Rossouw signed for the Oval Invincibles as an overseas player for £60 000 (R1.1 million).

Fresh off their semi-final defeat at the ICC Women’s Cricket World Cup in New Zealand, Proteas star Mignon du Preez was the sole South African bought at the draft as she signed for the Trent Rockets.

The eight teams will add two additional wildcard players – one domestic and one overseas – in June.

Full list of men’s and women’s squads after The Hundred draft: