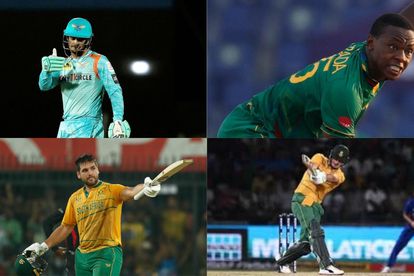 Outgoing South Africa coach Mark Boucher has suggested that the team faces a challenge keeping the established stars interested in pulling on the Proteas shirt.

Boucher stopped short of naming names but there are a few obvious candidates.

Top players also no longer need to defect or go Kolpak if they are in demand on the T20 circuit and that arena shows no signs of shrinking.

A T20 arms race is going down in the post-pandemic era and players might make substantially more money just by playing two or three franchise tournaments a year.

Players would satisfy their sponsors by giving them enormous TV exposure from the most popular events.

“We have to try and keep all the players interested in playing for South Africa. I think that’s a big question that needs to be answered,” Boucher said.

It is unclear if the likes of Quinton de Kock, Rilee Rossouw and David Miller will be on board for an ICC 2023 qualifier tournament.

A scheduling clash cost South Africa their Super League series against Australia, a decision that looks set to doom the Proteas to having to reach the 2023 World Cup the hard way.

Doing it the hard way

Their T20 World Cup loss to the Netherlands underlines how things can go awry in a tournament like that for the Proteas.

Boucher added: “Our white-ball stuff, I think we’ve got ourselves to blame as South African cricket with where we are at the moment.

“We also understand that we’ve been through tough times, and there are certain things that have to happen with the guys to even close out; they didn’t go to different tournaments and all that type of stuff, and it’s all just amalgamated into the situation where we find ourselves having to qualify.