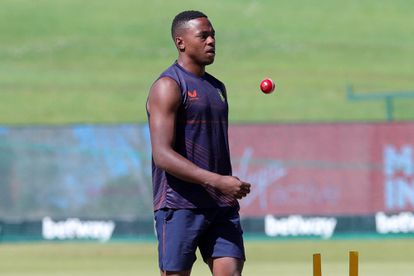 Rabada experienced an utterly forgettable T20 World Cup campaign where he finished as the Proteas’ most expensive bowler, and failed to have the desired impact in terms of his wicket-taking strike power.

Ultimately, the Proteas suffered one of their most painful exits at an ICC event after a shock loss to the Netherlands saw the team crash out before the semi-finals.

The squad has now left South Africa for a three-Test tour in Australia, but on the eve of the team’s departure, Rabada reflected on where things had gone wrong personally at the T20 World Cup.

“I am not one to make any excuses – I wasn’t up to scratch, I had a disappointing tournament,” he admitted. “I didn’t feel that great in terms of energy. I still tried my best but I felt like the harder I tried, it just wasn’t coming out.

“You can feel it in the intensity of your play. Your intensity is not where you want it to be, and it catches up with you over time. Playing international cricket, you want to be rather high-intensity more often than not.”

Rabada also failed to fire at the 2019 ODI World Cup in England after suffering from a stiff back during the IPL that preceded it, while he also endured the Proteas’ group-stage exit at the T20 World Cup in 2021.

“If it’s happened twice, then it’s something that needs to be considered,” Rabada said. “That’s what I’ve realised, and I think management has also realised, so I think they need to come up with some plans, not just for me, but for all players.”