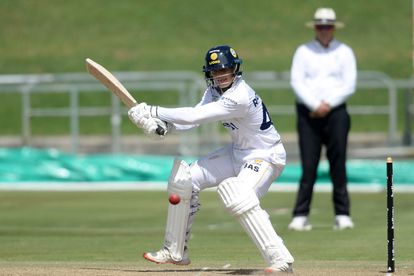 Ryan Rickelton will have a key role to play for the Proteas. Photo: Ryan Wilkisky/BackpagePix

Ryan Rickelton will have a key role to play for the Proteas. Photo: Ryan Wilkisky/BackpagePix

The Proteas made a powerful start to the three-Test series against England as they won the opening encounter in emphatic fashion. However, the hosts bounced back to win the second Test by an innings and 85 runs.

Notably, Rassie van der Dussen sustained a hand injury while fielding on the opening day of the second Test against England at Old Trafford in Manchester on Thursday, and he will have to be replaced. All-rounder Wiaan Mulder has been called up.

Van der Dussen’s place could quite possibly be taken by Khaya Zondo, but this is not likely to be the only change to the Proteas team.

Aiden Markram failed once again in the second Test and has now almost certainly come to a point where he will be dropped indefinitely from the Test team.

This should open the door for talented Ryan Rickelton to play in his third Test, having shown some encouraging signs earlier this year against Bangladesh.

Marco Jansen should also return to the starting XI, with Simon Harmer likely to miss out for the third Test.

“A few tough decisions will be coming and with Rassie being ruled out with the finger injury, we’ll have to replace him,” Elgar said after the second Test.

“Whether that’s the only change that we’ll make, we’ll have to see. We’ve got time before the next Test, so we’ll go away and get our options in a line.

“We’ll try to get better combinations, but the bottom line is that we need runs from that middle order and that’s the truth. As much as guys don’t want to hear it, they know that already, but Rassie’s position must be filled.”