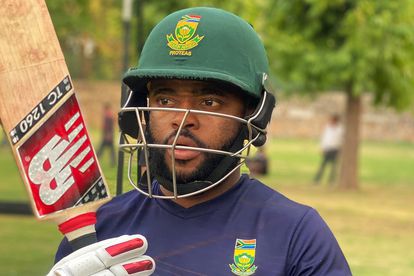 The Proteas won the rain-shortened first One-Day International (ODI) against India in Lucknow on Thursday.

India won the toss and elected to bowl.

South Africa posted 249/4 in their 40 overs, to which India replied with 240/8, giving the Proteas victory by nine runs.

Meanwhile, Proteas batsman Janneman Malan believes South Africa are ready as they can be for their three-match One-Day International (ODI) series against India.

The tourists have done all that they possibly could ahead of the game, which they will enter with confidence growing after impressing in their last two T20 Internationals (T20I) against the hosts, albeit with mixed results.

The Proteas lost the 20-over leg of the trip 2-1, but were impressive in matches two and three, winning the latter by 49 runs on Tuesday.

“I think we do a lot of work in preparation for the games and we see how the conditions are where we are playing,” Malan told the media on Wednesday.

“As I’ve heard it’s a big field we are playing on for the first ODI so we’ll keep that in mind.

“There’s obviously weather around, so we’re preparing possibly for an on and off match and we’re also going through the (opposition) team and preparing for that. It’s specific to every match and changes for every game as well.”

The match is also the first of some key games in their quest to qualify for the 2023 ICC Men’s Cricket World Cup.

Head coach Mark Boucher’s side are presently 11th on the ICC World Cup Super League standings where only the top eight automatically qualify for next year’s finals in India.

It means they can ill-afford too many more slip-ups and Malan said: “I think everyone knows how important the next eight games are for the Proteas in the ODI format. We’re trying obviously to try and maximise the points from all the matches.

“The World Cup is in India and personally, I’ve thought about it, it’s nice to get good prep and put in good performances to hopefully join the team. So it’s good to play in these conditions.”

Does that mean there is more pressure on the squad? Not so according to Malan, who feels that every game for your country should be treated as must-win affairs.

“To be honest, we’re playing international cricket where every game is a must-win,” he added.

“Obviously we know exactly what we need to do to qualify but when it’s just normal matches the pressure is still on to perform, so it won’t be the biggest change in mindset, just trying to do well for the country.”