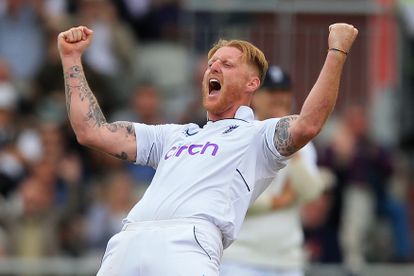 England captain Ben Stokes said he was excited by the prospect of Harry Brook’s Test debut after confirming the Yorkshire batsman would replace the injured Jonny Bairstow in the series finale against South Africa.

Brook is the only change to the England XI that levelled the three-match series with a commanding victory in the second Test at Old Trafford after Bairstow was ruled out with a freak leg injury suffered playing golf.

Bairstow has been in stellar form this year, scoring 1 061 runs, including six centuries, in 10 Tests.

“Harry is someone who has been spoken about a lot as representing England going forward,” Stokes said at the Oval on Wednesday, on the eve of the deciding Test.

The skipper said he felt “devastated” for Bairstow, who will also miss the T20 World Cup in Australia, which starts next month.

“He’s been a massive reason as to why we’ve had such a successful summer,” he said.

“It was a freak accident.”

But all-rounder Stokes added: “The way in which our middle order has been playing this summer, I feel as if Harry coming in, the way he goes about his game with the bat in his hand is pretty much a like-for-like replacement.

“He’s always going to look to take the bowling on, take the positive option. It’s obviously devastating to not have Jonny but I’m very excited we get a replacement with the skill Jonny possesses.”

Brook, 23, has played four Twenty20 internationals for England and last month made 140 for the second-string England Lions in a tour match against South Africa at Canterbury.

The Lions won that match by an innings and 56 runs, but South Africa did not field frontline fast bowlers Kagiso Rabada, Anrich Nortje and Lungi Ngidi.

“He got a few runs against us but, again, this is Test cricket and we’ve got our fast bowlers now who didn’t bowl against him in Kent, so I’m not reading too much into that.

“Hopefully he doesn’t do what he did against us in Canterbury… but I just know the environment and this is the big league now.”

“We put the Lord’s defeat behind us and we concentrated on Manchester so I know that Dean and the South Africa team will be doing the same thing here,” said Stokes.

“I think it’s great for the series that it goes down to the wire. I know that South Africa are going to come out firing but it’s how we respond to the questions that they ask us.”