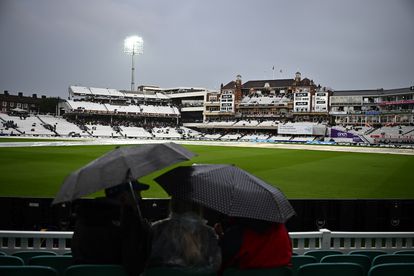 It was confirmed that day two of the third Test between England and the Proteas at The Oval on Friday had been called off due to the death of the Queen, but it remained unclear whether the Test could be cancelled outright.

The announcement of the Queen’s death at the age of 96 came at 6:30pm on Thursday.

“Following the death of Her Majesty Queen Elizabeth II, Friday’s play between England and South Africa at The Oval will not take place,” the ECB said in a statement.

The first day of the match was already rained out on Thursday.

Numerous sports fixtures across England were postponed or called off this weekend, but it has now been confirmed that the Test between England and South African will resume and pay tribute to the Queen.

The Proteas would also reportedly be willing to extend the team’s stay in the UK to allow for the completion of the series.

ECB chair Richard Thompson said: “I’m sure I speak for everyone in the game when I say how truly sad I am to hear of the Queen’s passing. Her Majesty has been such a great supporter of the game and was always so vocal of her and her late husband’s enjoyment around the sport. Her dedication to her country will never be forgotten. For her service and her selflessness over her extraordinary reign, we owe her a debt that can never be repaid.”

Notably, Rassie van der Dussen sustained a hand injury while fielding on the opening day of the second Test at Old Trafford in Manchester, and Ryan Rickelton now comes into the Test side on the back of a decent run of form for English County Championship team Northamptonshire.

There were other significant changes as Khaya Zondo came in for Aiden Markram, while Wiaan Mulder and Marco Jansen are also added to the team, with Lungi Ngidi battling an injury niggle.