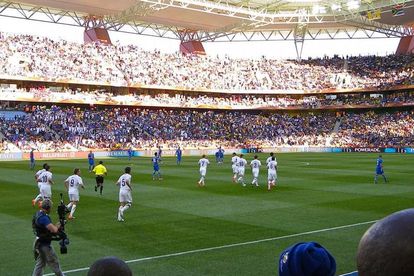 Giraffes for supports and zebras for seats – the designers pulled out all the stops for this neat, 40 000-seat bowl on the edge of the Kruger National Park in Mpumalanga.

Built from scratch for the 2010 football World Cup, it survived storms, strikes and the usual bouts of corruption to become a model for spectator friendly, mid-sized stadia.

From the wilderness to slap bang in the city. After R500 million of renovation work in time for 2010, this iconic ground crackles, on a good night, with urban electricity.

It has a history of triumph (that day, that drop goal, that Madiba magic in 1995) and disaster following the crush that killed 43 people at the Soweto Derby in 2001.

Memories, good and bad, combine to form any sporting ground’s beauty – and Ellis Park has a bundle of them.

Can we all agree that beauty is firmly in the eye of the beholder? Excellent. Then we present to you Mafikeng’s finest.

While it does lose points for the shades of multi-story car park it conjures up, it’s hard to argue with the spectacularly symmetrical layout of its stands.

Holding nearly 60 000 people (in theory at least – they’ll never come) this son of barking mad Soviet/Israeli, Apartheid era design and construction is one of the finest monuments around to human nonsense. For that reason alone, we should love it for what it is. 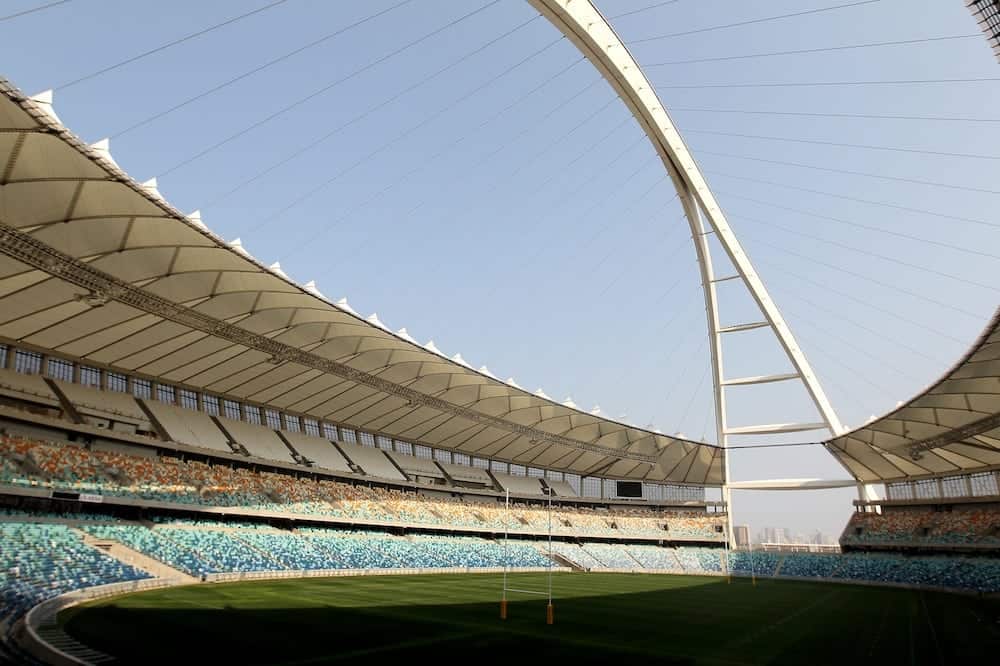 Another World Cup wonder, this arched, multi-purpose, 60 000+ capacity manifestation of modernity sure is a looker.

And if sports events, monster truck racing or John Legend concerts aren’t your thing, you can even take a trip up the arch in the exciting/terrifying (delete as applicable) funicular or adventure walk.

No, not that abomination of a rugby stadium with all the grace of a decommissioned Eastern Bloc  nuclear power station. Try next door for a world-renowned beauty.

With the eastern slopes, gorges and forests of Table Mountain for a backdrop you can’t go far wrong. Add in a couple of grass banks, trees on site for that essential summer shade and some sympathetic architecture for the stands and we’ve got ourselves one of the more pleasant sporting venues on earth, never mind SA. Even with the knackered old Metrorail trains limping by from time to time.

Ah the sound of leather on willow in one of South Africa’s rural sporting heartlands. You don’t think it constitutes a stadium? Well tell that to the 2 000 or so local people who turn out for the annual festival there.

The surrounding heaves and sighs of the Eastern Cape hills even call to mind cricket’s genesis as a past time in the English parks and countryside, but let’s not get too colonial about it.

So a beautiful place, then – and it has a beautiful story to match. It was built out of the pocket of philanthropist Mthetheleli Ngumbela, who had long since tired of waiting for government to support rural sport. By the people, for the people. Lovely. 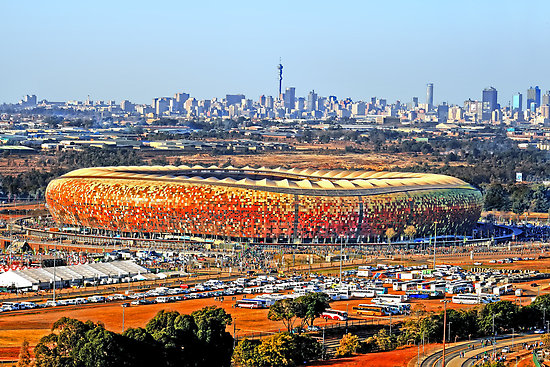 Big is beautiful – and they don’t come much bigger than Africa’s largest: the 95 000-seat Soccer City.

The calabash-inspired mosaic of the cladding looks a treat by day or night and, despite its monstrous size, the cauldron manages to squat nimbly within its Soweto surroundings, rather than resembling the invading space ship it could have become.

If only we saw it filled to capacity more often, now that would be an alien sight.

Bimenyimana the second Burundi star to play for Chiefs, who remembers the first?