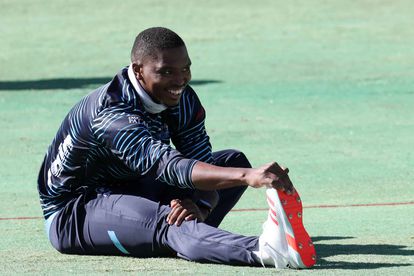 Lungi Ngidi during the 2020 Solidarity Cup Takealot Eagles Training at the SuperSport Park, Centurion on the 15 July 2020 ©Muzi Ntombela/BackpagePix

Lungi Ngidi during the 2020 Solidarity Cup Takealot Eagles Training at the SuperSport Park, Centurion on the 15 July 2020 ©Muzi Ntombela/BackpagePix

Proteas fast bowler Lungi Ngidi has joined a prestigious list of athletes from around the world who are part of Roc Nation Sports, an agency owned by Hip-Hop mogul Jay-Z.

The 24-year-old is regarded as one of the most promising talents in South African cricket, having broken records during his short time as an international player.

He becomes the first cricketer signed to the agency, joining countrymen Siya Kolisi and Cheslin Kolbe, who both joined after their Rugby World Cup triumph in Japan.

Roc Nation Sports made the big announcement on Monday in a short video which features the three South African sports stars.

Proud to be the first cricketer to join the family ??? Excited for this new chapter @rocnationsports ?? #RocFam pic.twitter.com/cc3i0JR7mR

The impressive roster at RocNation Sports include Brooklyn Nets superstar Kyrie Irvin, as well as star footballers such as Manchester United and England’s Marcus Rashford and Belgian midfielder Kevin de Bruyne, who plays for Manchester City.

Others include Rashford’s teammate at United, Eric Bially and his countryman Wilfred Zaha, who plies his trade for London club Crystal Palace, while former Red Devil, Romelu Lukaku is also part of the agency.

Roc Nation Sports was founded in 2013 and is now home to over 100 athletes from all over the world, including former stars such as former Philadelphia Eagles quarterback Michael Vick.

Ngidi joins shortly after completing another stint with Indian Premier League outfit, the Chennai Super Kings and will be on show when South Africa host England in a limited-overs tour beginning on 26 November.

First cricketer to join the #RocFam. The face of South Africa’s fast bowling attack. Welcome to the family @NgidiLungi! ? pic.twitter.com/ggzu7CoFJE