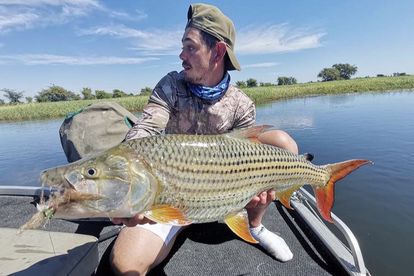 De Kock seizes every available opportunity to take a break from cricket to get out his fishing rod and cast away in the hopes of landing his next ‘big one’.

De Kock, who recently became a father for the first time, is often spotted on the Knysna Lagoon.

The 29-year-old sensationally quit the Test arena in late 2021 but remains part of the Proteas’ ODI and T20 squads.

His next assignment will be a mouth-watering tour of England which includes three ODIs and five T20Is (two against Ireland), starting on 19 July.

Thereafter, as reported by The South African website, De Kock is one of 12 South Africans who will be part of the Caribbean Premier League between 30 August and 30 September.

Click the right arrow to view all the pictures below: