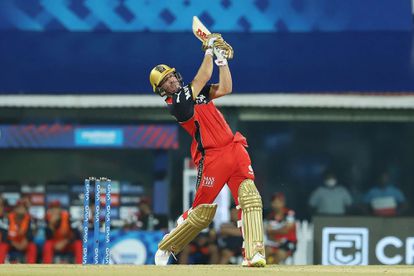 It was confirmed on Tuesday that De Villiers, who enjoyed a famed career for the Proteas across all formats of the game, had been inducted into the Hall of Fame by his former Indian Premier League team Royal Challengers Bangalore.

RCB announced both Chris Gayle and De Villiers as the first two inductees into their hall of fame, with Virat Kohli offering a heartfelt tribute as the announcement was made.

De Villiers scored 4491 IPL runs for the RCB in 156 games, while overall he scored 5162 runs at an average of 31.60 in the popular Indian Premier League (having previously also played for the Delhi Daredevils).

Ahead of IPL 2022, the 38-year-old announced his retirement from all forms of cricket.

“Huge privilege guys! Thank you very much for the wonderful gesture. I’ll forever be an RCB’ian,” De Villiers tweeted.

Meanwhile, during a Zoom appearance, he admitted to being rather emotional.

“Quite emotional, to be honest. I’ve been a little out of cricket, as you know. Just watching you guys on TV really gets me excited about the things that’s still coming in the season, I believe it is going to be a special one,” De Villiers said on the video call.

“Virat, thanks for the kind words and everyone from the franchise who set this up, this is a really special touch. We had some amazing time together as a team. The sun has moved on for Chris and I, but we are very much part of the family.”

De Villiers made the following statement after retiring from all forms of cricket at the end of 2021:

“It has been an incredible journey, but I have decided to retire from all cricket,” ABD wrote on Twitter. “Ever since the back yard matches with my older brothers, I have played the game with pure enjoyment and unbridled enthusiasm. Now, at the age of 37, that flame no longer burns so brightly.

“That’s the reality I must accept – and, even if it may seem sudden, that is why I am making this announcement today. I’ve had my time. Cricket has been exceptionally kind to me.”